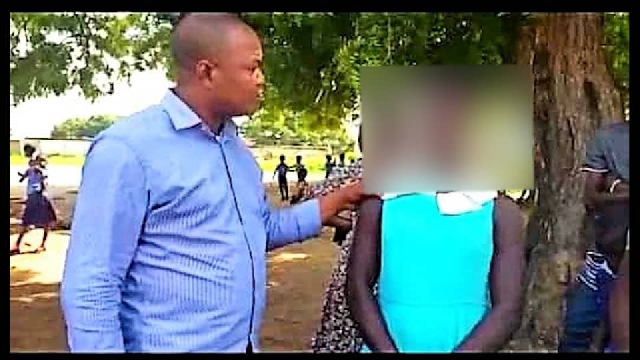 A 16-year-old girl has been rescued and reunited with her family through the intervention of a Ghana-based non-profit organisation, Engage Now Africa (ENA), in partnership with elders of Big Ada in the Greater Accra region.

The victim, identified as Gifty, was sold into slavery by her family after a local pastor in the area allegedly told the teenager’s family in later 2018 that she was cursed.

She was allegedly sold for GHS500.00 after which she was first trafficked to Yeji in the Bono East region, where she served her master in fishing among other hard labour.

According to her aunt, who reported to the ENA rescue mission team dubbed End Modern Slavery, the girl’s parents allegedly take GHS50.00 and sometimes GHS100.00 per month from the slave master.

The Director of the organisation, Mr Afasi Komla, told the media that he first visited the victim in September 2019, adding that, upon hearing the unfortunate story, he led his team to rescue the girl on Sunday, 15 August 2020.

He said: “Gifty happens to be one of those children who have found themselves in such barbaric situation in Ghana. Most indigenous communities and families are easily persuaded by some soothsayers, who are believed to be endowed with some powers, to see into the inner spirit of human beings and, therefore, are able to make accurate declarations of a person’s being and character”.

“Gifty happens to fall victim as one of those underprivileged children who suffer such atrocious actions in some Ghanaian communities. By this declaration, family members believe that she is evil and pose a threat to them so long as she remains in the same household with them,” he added

Mr Afasi explained that the cause of human trafficking is “poverty, ignorance and development gap” between urban and rural centres, hence the need for programmes and initiatives to combat the development.

“We have highly educated people fall victim to fraud and trafficking due to a lack of knowledge on the subject. The solution to these challenges is to create awareness, advocate against modern slavery, facilitate a deeper understanding of human trafficking in vulnerable communities and provide sustainable livelihood support training programmes to the vulnerable”, he noted.

The team, led by Mr Afasi, also sensitised the victim’s family on the dangers involved in the menace and encouraged parents, especially settlers in fishing communities, to desist from such acts.

The team also provided some victim support services and placed Gifty under her aunt’s care.

Mr Afasi called on the general public to collaborate with them to end the phenomenon.