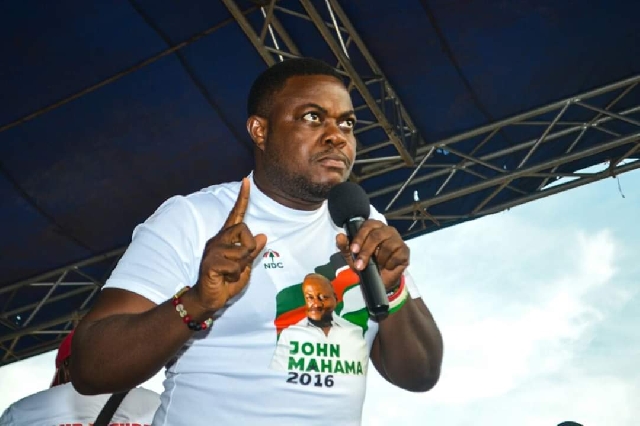 As many as two million names are missing from the provisional voter roll, Mr Godwin Ako Gunn, a Deputy National Communication Officer of the National Democratic Congress (NDC) has alleged.

He told Accra100.5FM’s mid-day news on Thursday, 24 September 2020 that: “We are looking at figures close to two million that are missing from the voter register”.

Mr Gunn, therefore, said it was important that the Electoral Commission listen to the concerns of the NDC as far as the voter roll is concerned so as not to jeopardise the 7 December polls by disenfranchising a lot of supporters of former President John Mahama, flagbearer of the biggest opposition party.

Just recently, Mr Mahama said there was the urgent need for international election observers to come to Ghana as soon as possible, to monitor and police the EC’s activities in the lead-up to the 7 December 2020 polls, which, in his view, have been “chaotic”.

“As things are going, we are not comfortable with the process going to the election and we call on the international community to take an interest in what is happening in Ghana”, the flagbearer of the National Democratic Congress (NDC) said on Tuesday, 22 September 2020 while condemning the election management body for its handling of the ongoing voter register exhibition process.

Mr Mahama said he was forced to abruptly end his tour of the Bono Region so he could return to the national capital, Accra, to help address the party’s concerns with electoral process.

“We will make a major statement on this matter in due course, very soon”, he said, adding: “But in the meantime, I’ll suspend the campaign in the Bono Region, there are several constituencies that were expecting us today and tomorrow and the day after. I wish to apologise to them. As soon as this matter is addressed in Accra, I’ll quickly come back and finish the tour of the Bono Region”.

Apart from observing that the electoral processes have been fraught with “so much disorder, anarchy and chaos”, Mr Mahama said the EC has exhibited “legendary incompetence”.

https://www.facebook.com/plugins/video.php?href=https%3A%2F%2Fwww.facebook.com%2FJDMahama%2Fvideos%2F774652293356537%2F&show_text=0&width=560 He told party supporters that since the EC started the voter register exhibition, “many have gone to check and in many places, there are anomalies, several anomalies that our party has detected”.

“When this government and the Electoral Commission decided that they were going to do a new register, we warned them that the time left was so short that if you compiled a register and there were fatal flaws in the register, you will not have enough time to do the correction before the election”, the former President said.

“Now, if there was an issue in compiling the register, where the codes of the various equipment were found to be duplicates, and it was necessary to issue voter cards, why were the political parties not informed.