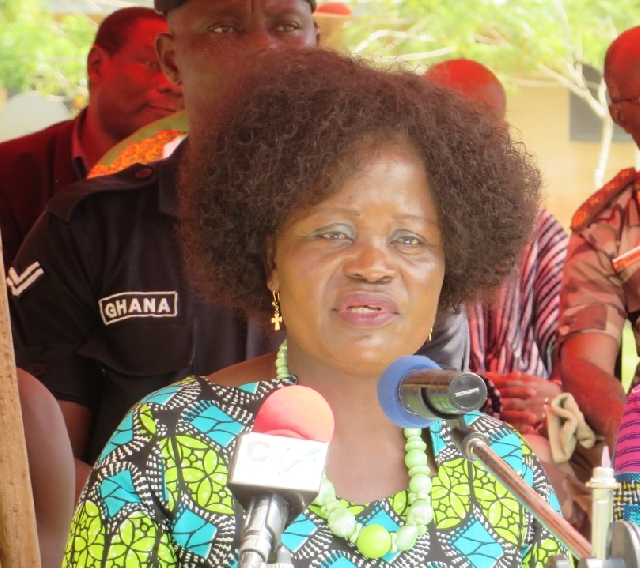 Krachi West MP Helen Ntoso has accused the government of deliberately using the Western Togoland secessionist group to create insecurity in the Volta Region so as to justify deployment of troops to the opposition stronghold in the lead-up to the 7 December polls to intimidate supporters of the biggest opposition party from voting.

“The Volta Region is the World Bank of the NDC, so, if things of this nature are going on, then it means the government wants certain things to happen in the region to use it as a justification to say there is no peace in the Volta Region and deploy military personnel there to put fear in the locals so as not to turn up to vote in the 7 December polls just as they did during the voter registration exercise”, she alleged in an interview with Kwabena Prah Jr on Accra100.5FM’s morning show Ghana Yensom.

The former Volta Regional Minister is not the first person to raise such suspicions about Friday’s attempt by the Togolanders to take over the region by blocking all entry and exit points, taking over two police stations, taking officers hostage and stealing weapons from the armouries, as part of their push for independence.

Her colleague MP for South Tongu, Mr Kobina Mensah Woyome, claimed one of the secessionists told him on the phone that they had the support of Volta Regional Minister Dr Archibald Letsa.

Mr Woyome said he had called the Tongu divisional police commander’s phone, who had apparently been taken hostage by the militants, and one of them answered it and said the regional minister was their patron.

Speaking in an interview with Class News’ Volta regional correspondent Albert Kuzor, Mr Woyome said: “What is happening now, looking at the scheme in which it has occurred, the coordinated nature of the whole activity here, Mepe, Atimpoku, I hear Afiefe and several other places at a go, at the same time, and the attacks on the police in this manner, it baffles me a bit.

“You can see bloodstains on the ground and all that; that for me is uncalled for, it must not be happening.