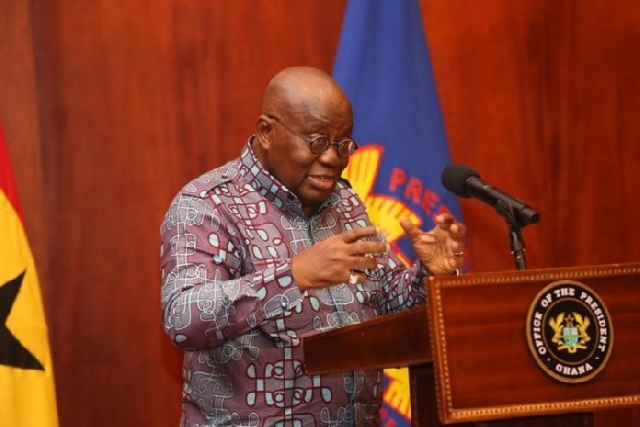 President Nana Akufo-Addo has said he will ensure the anti-vigilante law is implemented to the fullest without fear or favour so that the country can have free and fair elections.

Speaking to chiefs and people of Talensi as part of his two-day tour of the Upper East Region, President Akufo-Addo said: “It is not going to be a law just on paper”.

“It will be acted upon if anybody tries to breach the law.

“And I am saying this and I have said to the security agencies and the IGP and the top hierarchy of the police, that as far as the vigilante law is concerned, I am colour-blind,” he promised.

It aims to disband all political vigilante groups, prohibit their formation and proscribe their activities.

Ghanaians and civil society organisations spoke against political party vigilantes and called for their disbandment after the bloody gun violence that marred the Ayawaso West Wuogon by-election.

Operatives of national security fired several live bullets into a crowd of opposition party supporters injuring several of them.