2020 polls: Mahama should’ve filed nomination himself to allow us to talk – Jean Mensa 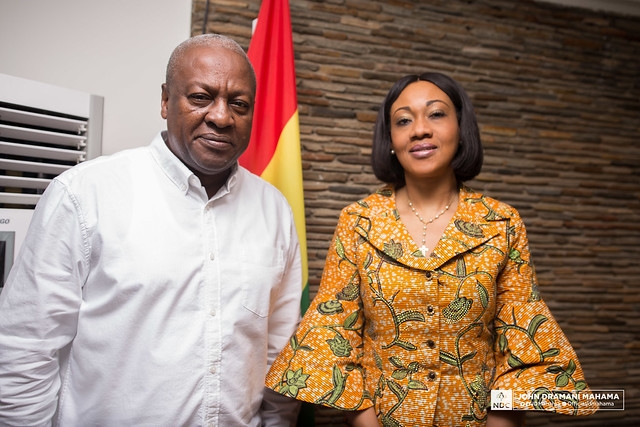 The Chairperson of the Electoral Commission of Ghana, Mrs Jean Mensa, has said she wished former President John Mahama himself had filed his presidential nomination forms rather than delegating that responsibility to the General Secretary of the National Democratic Congress (NDC), Mr Johnson Asiedu Nketia, who did so on the opposition flagbearer’s behalf on Wednesday, 7 December 2020.

“As a Commission, we wished that former President John Mahama and/or his Vice-Presidential candidate, Professor Jane Naana Opoku-Agyemang, would have been here personally to present their nomination forms, as it would have allowed us an opportunity to engage, particularly with the former President, on some of his concerns we have noted in the media,” Mrs Mensa said when Mr Asiedu Nketia showed up at the election management body’s headquarters to file Mr Mahama’s papers.

About three weeks ago, Mr Mahama said the EC’s voter roll exhibition exercise that was taking place at the time, was been fraught with “so much disorder, anarchy and chaos”, adding that the EC has exhibited “legendary incompetence” with the entire electoral process ahead of the 7 December 2020.

The flagbearer of the biggest opposition party told party supporters in the Bono Region on Tuesday, 22 September 2020 that since the EC started the voter register exhibition, “many have gone to check and in many places, there are anomalies, several anomalies that our party has detected”.

“We want electoral observers to come long in advance; international election observers must be deployed long in advance to supervise the electoral process going into the election. We will make a major statement on this matter in due course, very soon”, he said.