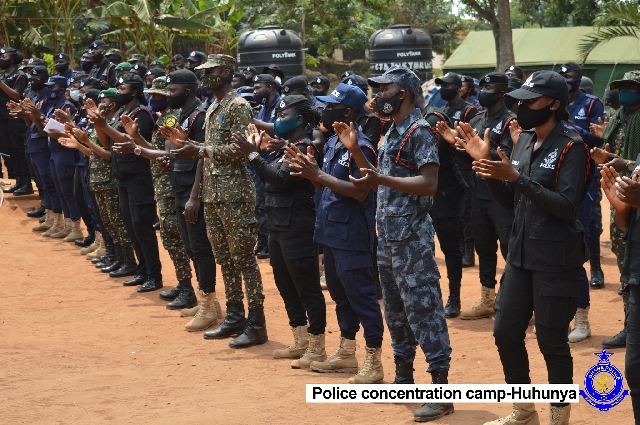 Closing ceremonies have been held at the Ghana Police Command and Staff College (GPCSC) at Winneba in the Central Region and Police Counter-Terrorism Enactment and Concentration Camp (PCTECC) at Huhunya in the Eastern Region, for the third batch of trainees in tactical operations, public order management and other skills.

The ceremonies were held concurrently at the various training centres on Friday, 21 August 2020.

At the Concentration Camp (PCTECC) at Huhunya, the Eastern Regional Police Commander, DCOP Mr Johnson Oyrifi-Akrofi congratulated the trainees and urged personnel of the security services to work as a team to ensure successful and peaceful 2020 election.

Also, the Commissioner of Immigration, Mr Isaac Owusu Mensah, who is in charge Operations, added that personnel are prepared to deal with any challenge that they may face during the incoming election with respect to border patrols.

He was very thankful to the police administration for the training.

At Winneba, DCOP Dr Sayibu Pabi Gariba, Director of National Operations stated that the training will go a long way to build the confidence of personnel to be able to counter any threat that will undermine the 2020 elections and beyond.

Present at the two ceremonies were Senior Officers from the Police, Immigration, Ambulance Service, BNI, Armed Forces and traditional leaders.