2020 polls: Tension higher than with past elections – Peace Council 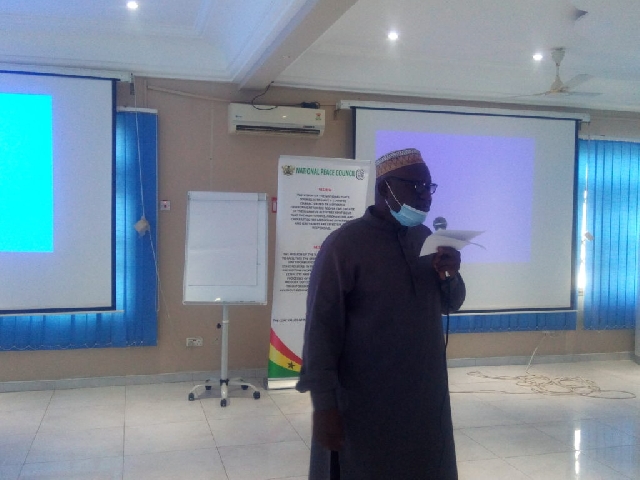 The National Peace Council has said there is growing tension in the country in the lead-up to the December 2020 polls than the country has ever recorded in its history of elections.

The NPC has attributed the growing tension to the presidential candidates of the two leading political parties in the country, the opposition National Democratic Congress (NDC) and the governing New Patriotic Party (NPP), who are both seeking a second term in office.

The NPC made the observation at an event held under the theme: ‘Advocacy Campaign on Eradication of Vigilantism in Ghana’ held in the Upper East Region on Wednesday, 14 October 2020.

The event, which was organised by the NPC, was supported by the government of Ghana and funded by the Danish Embassy.

Speaking at the event, the Upper East Regional Chairman of the NPC, Alhaji Sumaila Issaka, stated: “We have gone through elections before and we’ve come out clean. In all those elections that we went through, there was tension. But come to look at the 2020 election, there seems to be more tension than any of the past elections”.

“Why? Because from the two major parties, we are having people who have tasted the seat before and they know what it means to sit on that seat. So, everybody’s eyes are wide-opened. It’s creating a lot of tension in the country.”

He, however, reminded both parties that “Ghana is all we have” and called on them to comport themselves ahead of the polls and when results are declared.

“Let me say we only have this country that belongs to us. At least, most of us have crossed to the Burkina side and we have seen how we were forced to comport ourselves.

“Seriously, you need to comport yourself when you cross the border; even as a security man. Now, imagine yourself going there as a refugee — what it is going to be like. And for this reason and many more, we want to appeal to the parties that we come out clean”, he said.

“I mean, there have been winners and losers in elections and winners have taken over smoothly and losers have handed over smoothly. It’s not the first time. We’ve done it several times. This should not be anything different from what we’ve done before. But it looks like the stakes are too high this time round,” the Upper East Regional Chairman of the NPC said.

Other participants at the event include the Ghana Police Service, political parties, the Electoral Commission (EC), the Bureau of National Investigations (BNI), the National Commission for Civic Education (NCCE) and other civil society organisations.

The NPC also called on all stakeholders to ensure vigilantism is eschewed as it could prevent the electorate from going out to vote.

“Tell me: who would go and vote if he or she sees or perceives that violence is likely to happen, that at the polling station, somebody is likely to go there wielding an AK-47? At times, you may not be the target but a stray bullet doesn’t discriminate. And that is what will cause the fear in people to go and vote. As stakeholders, let’s see this as critical in our work so that all our efforts will not be wasted.”

The NPC reiterated the need for the upcoming elections to be conducted in peace in order for the country to keep being the beacon of peace it has always been noted for.

To “the political parties, let us see that when we are able to reduce the incidents of violence, we are actually canvassing more people to come out and vote for us. All the institutions involved, let us know that if we are able to reduce violence in our elections, we can tell anybody that we have been able to achieve some successes in our work, we can point to the 2020 general elections as our achievement,” the Upper East Regional Chairman for the NPC added.