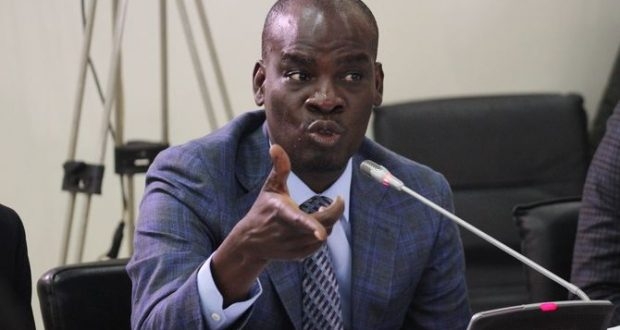 The Minority leader of Parliament, Mr. Haruna Iddrisu, on Tuesday, 22 September 2020, warned that the National Democratic Congress (NDC) will not accept unprofessional conduct and intimidation from the security services ahead of the December 7, 2020, general elections.

Speaking at the gathering of chiefs, people and members of garage associations in Sunyani Magazine just before the NDC’s flagbearer, Mr John Dramani Mahama, announced the suspension of his tour of the Bono Region over concerns about the Electoral Commission’s provisional voter register, the Member of Parliament for Tamale South, warned that any abuse or misuse of the mandate of the security services will not be accepted by the biggest opposition party.

Mr Iddrisu said the police and the military, per their mandate, are supposed to be neutral institutions of state and must behave as such.

He noted that the government has embedded members of its vigilante groups in the security services to harass and intimidate people, adding the NDC will not accept a repetition of the state-sponsored violence and intimidation that was unleashed during the Ayawaso West Wuogon by-election.

A few weeks ago, the Minority Leader warned that the NDC is capable of responding to the governing New Patriotic Party’s violence as the elections approach.

“The NPP has no monopoly over intimidation or violence and, so, they should stop treating our young people the way they do”, the lawmaker said in an interview on TV XYZ”, adding: “We’re very very capable of responding to it”.

He said the NDC “upholds the peace” of the electoral process and noted that “they [NPP] must work to uphold the integrity of the election together with us but we’ll not continue the disrespect”.

“When you have vigilante boys being recruited into the security agencies, it can be worrying”, he said.

He said the NDC will insist on knowing which security personnel are deployed at the various polling stations during the elections so as to hold them responsible for any infractions.

“I was part of some UN panel, which discussed this matter and I’ve said that: ‘No, we would want to know who is deployed when on election day’.

“And this time, we’ll demand that the security agencies update us as political parties as to who will man which polling station so that we can hold them accountable and responsible”, the Minority Leader said.