2020 polls: We’re not in NDC’s kind of comfortable lead – Bawumia 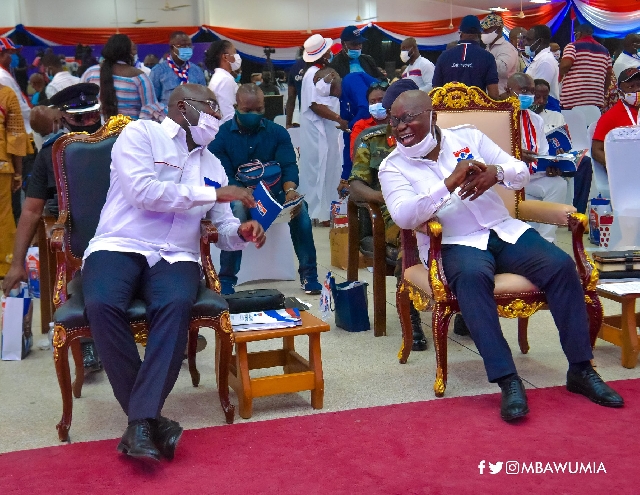 Vice President Dr Mahamudu Bawumia has said although the governing New Patriotic Party (NPP) is not in the National Democratic Congress’ kind of ‘comfortable lead’, which the now-opposition party touted during the 2016 general elections while it was the then-incumbent party, the Akufo-Addo government is confident that its achievements in the past four years, will inure to the NPP’s electoral fortunes in the 7 December 2020 polls.

Dr Bawumia said on Thursday, 25 August 2020 that the elections, which are just three months away, are in the hands of God.

“I think we have to go round and tell the good people of Ghana what the Akufo-Addo government has achieved in the last four years”, he told Acra-based Peace FM in an interview with Kwame Sefa Kayi on the station’s morning show Kokrokoo.

“I believe that if we are able to communicate our policies and how they have benefitted people, I think the people will look at us favourably but we don’t want to take anything for granted, we have to work hard and pray and leave it in the hands of God”, he said.

Asked by Kwami Sefa Kayi if the NPP feels it is a done deal, Dr Bawumia said: “Definitely not in the type of comfortable lead that our opponents were last time”.

“We leave that one for them”, he said.

“We have hope that the work we’ve done will help us”, he noted, adding: “It’s a lot of work, the work is massive, it speaks for itself”.

In the Vice President’s view, “there’s no district in this country that hasn’t been touched by the work that Nana Addo Dankwa Akufo-Addo has done”.