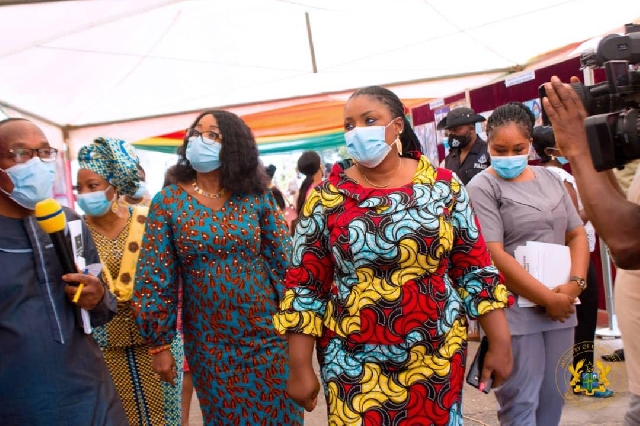 The Minister of Gender, Child and Social Protection said out of this number, 200 were children and 411 were adults.

This was contained in a presentation delivered by Ms Cynthia Mamle Morrison at this week’s ‘Meet the Press’ engagement at the Ministry of Information.

Cynthia Morrison said Ghana is currently on a tier-2 ranking with the US Department of Labour (DOL) ranking.

She said this shows that Ghana is making significant efforts to fight human trafficking.

The government, she said, “has released GHS1 million into the Human Trafficking Fund to effectively combat the menace with the operationalisation of two (2) government shelters to give care to rescued victims of human trafficking.”

According to the minister, the ministry has so far trained 45 law enforcement officers with the aim of building their capacity to better help with the fight against human trafficking in Ghana.

On the issue of public education, the minister said her outfit undertook series of community dialogues and sensitisation programmes in an effort to increase awareness and education on human trafficking and irregular migration issues.

She said this ultimately improved in reducing the rate of human trafficking and its related activities in the country.

“As part of the Blue Day, the ministry embarked on a social media awareness raising campaign on human trafficking.

Ghana joined the world to commemorate this year’s World Day against Trafficking in Persons (Blue Day).

“This was to intensify our prevention mechanisms through awareness-raising campaigns.”

Ms Cynthia Morrison said the ministry has organised a durbar for 75 traditional leaders from all the regions of Ghana to sensitise them on the dangers associated with human trafficking.