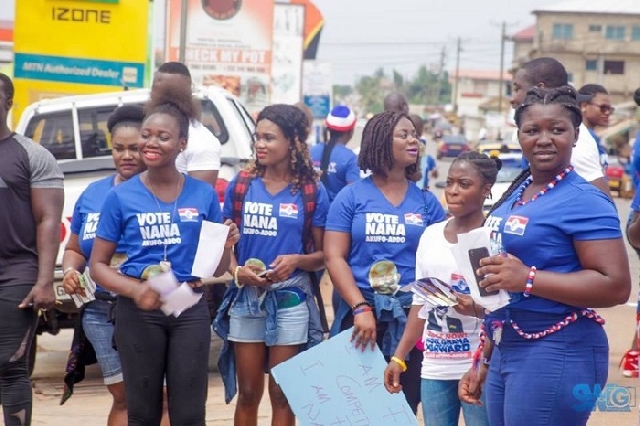 The ‘Good Woman, Vote’ initiative will tell the success stories of the Nana Addo Dankwa Akufo-Addo-led government for the past four years and its impact on women.

This will be done in a way that has not been done in previous elections.

The campaign, which is centred on female voters, will use a series of digital and innovative platforms to set the records straight on the cardinal gender-related issues in the upcoming elections.

The group aims at rallying women in Ghana to vote for President Nana Addo Dankwa Akufo-Addo in the upcoming 7 December elections.

According to the group, “the female constituency has become more critical in this election” since “the electoral statistics indicate that over 600,000 women more than men have registered to vote.”

“The Movement acknowledges that with more available women votes to be tapped by the leading presidential candidates, President Akufo-Addo and the NPP are best-placed to earn those votes given their superior record and many social policies that have had direct impact on the lives of women in particular.”

The initiative is, therefore, geared toward “amplifying the NPP’s core message, using dedicated communication channels and uniting women of varied backgrounds, occupation and beliefs toward the issues that are critical to them, the wellbeing of their future, their families, and their country; while positioning President Akufo-Addo as the obvious choice for a better life in this election.”