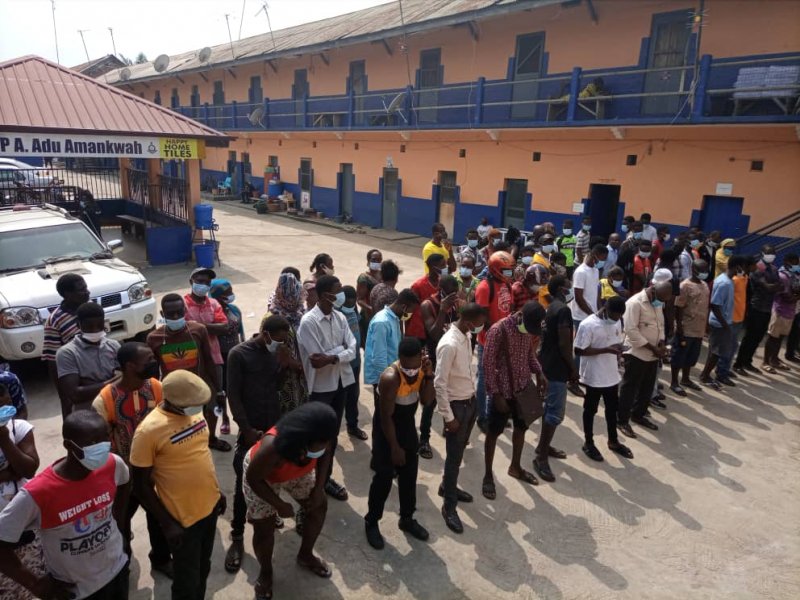 They were arrested within the central business district in Koforidua and its environs on Friday, in a special operation led by the Acting Regional Police Operational Commander and his team.

He explained that the operation was targeted at enforcing the directive on the mandatory wearing of the face masks, as part of measures to check the spread of the coronavirus in the region.

The operations commander indicated that in line with enforcing the law, policemen were deployed at various points in the region to ensure that all persons moving about had masked up or be sanctioned.

Meanwhile, traders in the central business district in the municipality cashed in as people rushed to buy the nose masks and wear, to avoid the police arrest.