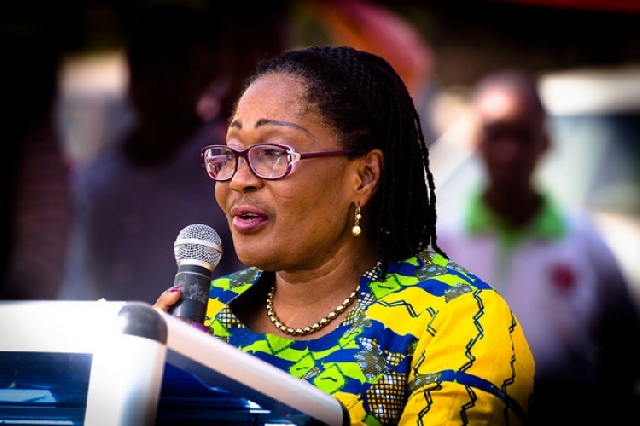 Former First Lady and founder of the Lordina Foundation, Mrs Lordina Mahama, has said the lynching of persons alleged to be witches should not be accepted in the Ghanaian society.

Her comments follow the lynching of a 90-year-old woman for allegedly being a witch at Kafaba near Salaga in the East Gonja District of the Savanna Region.

The woman, Madam Akua Denteh, was accused of witchcraft by a seer, who had been invited by the villagers to help them drive away their misfortunes.

In a post on Facebook on Sunday, 26 July 2020, Mrs Mahama said the Lordina Foundation had noted with “regret, the barbaric beating” of the woman.

Mrs Mahama continued that the tragic incident “cannot and should not be accepted in our society.”

The Lordina Foundation further condemned “the action of the community members who have killed a vulnerable elderly woman” and joined other groups in calling for the “immediate arrest and prosecution of the perpetrators of this heinous and inhuman act, in accordance with the laws of the country.”

She further pledged her foundation’s commitment to the “welfare and protection of the interests of the vulnerable, marginalised and underprivileged in our society, with a focus on children and women” and indicated that “it is that commitment that has ensured our pivotal support for our mothers, who have been chased out of their communities and have made the Gambaga witch camp their new home.

Meanwhile, the Inspector-General of Police, Mr James Oppong-Boanuh, has said any person with information that would help in the arrest of the suspects shall be rewarded with an amount of GHS2,000.

A statement issued by the Ghana Police Service and signed by its Director of Public Affairs, Superintendent of Police (SP) Sheilla Kessie Abayie-Buckman, revealed that the IGP had “dispatched homicide experts from the National Police Headquarters” to the Savanna Region to help search for murderers of the 90-year-old woman.

According to the Ghana Police: “The suspects, believed to have fled the town, include one Sanjo, who is said to have hosted Hajia Filina, the priestess who declared the deceased a witch.”

Apart from the two, the other suspects include one Teacher Aliu, Bumaye, Ashley and Manafo.

The Police further called on persons with information on the suspects to contact the Savanna Regional Police command or call the police’s toll free number.

The statement added: “The Police administration condemns mob justice in any form and assures the public that it will fish out the perpetrators of this heinous crime.”