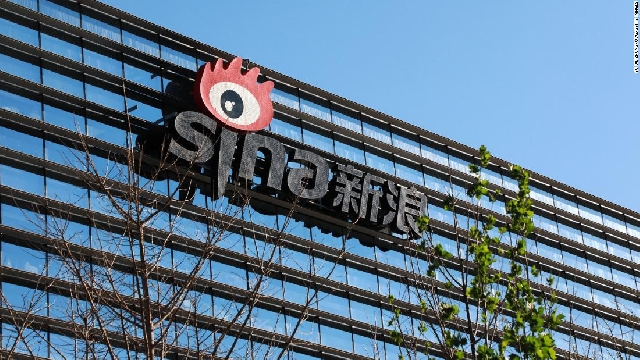 The Beijing-based firm is being taken private by its chairman and chief executive, Charles Chao, in a deal that values the company at $2.6 billion, Sina (SINA) said in a statement on Monday.

The offer price of $43.30 per share is a roughly 8% premium to the company’s closing price in New York on Friday, and is also sweeter than the initial buyout offer made by New Wave Holdings, Chao’s investment company, in July. Sina went public on the Nasdaq in 2000.

In recent weeks, the two countries have clashed over US threats and restrictions against Chinese tech firms that have ensnared apps like TikTok and WeChat and chipmaker SMIC.

In May, the US Senate unanimously passed a bill that would prevent companies that refuse to open their books from listing on Wall Street.

The bill’s bipartisan co-sponsors said the goal is to “kick deceitful Chinese companies off US exchanges.”

The bill still needs to pass the US House of Representatives. And in August, the US President’s Working Group on Financial Markets released a report recommending increased scrutiny of listed Chinese companies and due diligence requirements for investing in Chinese companies.

Fearful of potential regulatory trouble in the United States, as well as wanting to be closer to investors who actually use their products, several marquee Chinese tech firms have in recent months offered secondary listings in Hong Kong and Shanghai — among them e-commerce companies Alibaba (BABA) and JD (JD).

Meanwhile, Alibaba’s financial affiliate Ant Group chose Shanghai and Hong Kong for its highly anticipated initial public offering, even though Alibaba had a blockbuster IPO on the New York Stock Exchange in 2014.

“Chinese companies currently listed in the US will continue a stampede to issue secondary shares in Hong Kong and domestic markets, and these markets will also be the main destinations for new listings by Chinese companies,” Eurasia analysts wrote in a note last month.