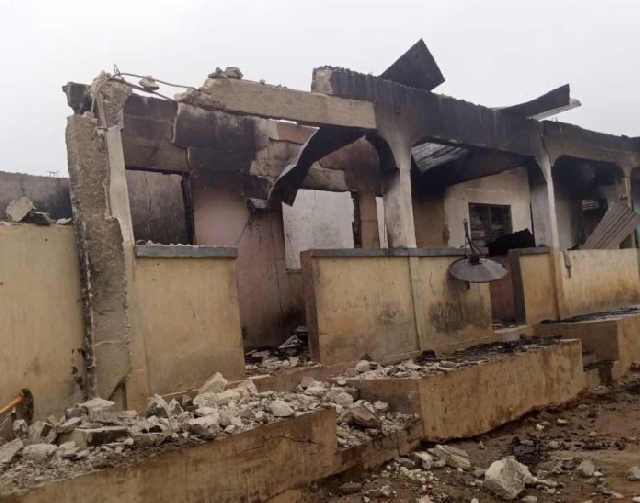 A three-year-old girl has been burnt to death after fire consumed a five-bedroom house she lived in at Nkenkensu in the Offinso North District in the Ashanti Region.

The cause of the fire which occurred on Monday is unknown.

The Offinso North District Director of the National Disaster Management Organisation (NADMO), Mamoah Elijah, who confirmed the incident said properties worth thousands of Cedis had been destroyed at the time his team arrived at the scene.

“We had returned from an accident scene when I was called that a fire outbreak had occurred. Per our initial assessment, we have not yet established the cause of the fire but investigations have commenced. But I must say many properties have been destroyed as a result of the blaze”, he said.

“So the assurance is that we are arranging a haven for the affected victims”, the NADMO boss added.

The charredbody of the three-year-old has been deposited at the Nkenkensu Government Hospital morgue.