A/R: Bank online or use our escorts for withdrawals – Police to public 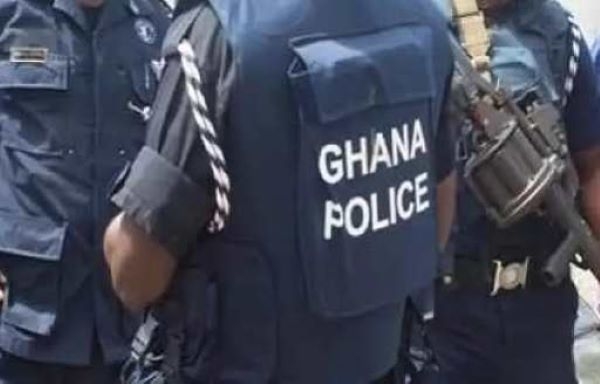 The Ashanti Regional Police Command has advised residents there who transfer huge sums of money to resort to electronic banking so as to safeguard their funds.

For companies and institutions that necessarily must cart huge cash amounts to or from banks, the police has advised that they use the services of police escorts.

The advice follows a series of armed robbery activities in the metropolis.

The robbers are alleged to “target people who have gone to withdraw cash from the bank. The suspects lurk around bank and use motorbikes to trail the unsuspecting victims and rob them.”

In a statement issued and signed by Public Affairs Officer ASP Godwin Ahianyo on Monday, 13 July 2020, the regional command noted that it had taken “serious view of the modus operandi” of some suspected robbers, who are operating in the Kumasi metropolis.

The Regional Police Command cautioned the public to be on the alert while it makes efforts to ensure the arrest of the robbers.

It advised “the public, particularly those who go to withdraw huge sums of money from financial institutions, to take the following precautionary measures in order not to fall prey to the activities of these nefarious characters” and “resort to electronic transfers and transactions where applicable.”

It stated that institutions “who must carry huge sums can also request police escort” and urged the public to be “mindful of those you communicate with about your banking transactions” as well as look out for those who follow them when driving – whether in cars or on motorbikes.

Also, the police advised: “When you become suspicious of anything, make a brief stop at any filling station, a police station or any public place as a safe haven.”

Also, “banks are advised to mount security cameras at their premises and monitor them 24/7”.

It also said banks’ security guards must question motorbike riders who are seen lurking around their premises, adding that persons who go to the bank must be wary of those who lurk around the banking premises aimlessly and report them to the police officer on duty.

The Police Command further appealed to the general public, especially anyone with information on suspected criminals or any suspicious characters within their communities, to report them to the police through the following emergency toll-free numbers: 0299207770, 18555, 112 and 191.

The statement emphasised: “Any reliable information given to the police will be given the necessary and prompt attention it deserves, in order to curb this emerging trend of crime in the Kumasi metropolis and in the region”, and warned “those behind this crime to put a stop to it because they will be dealt with ruthlessly when arrested.”

The command, however, assured residents of the region that it will continue to “provide the very best security in the region for all to go about their activities without fear and in peace.