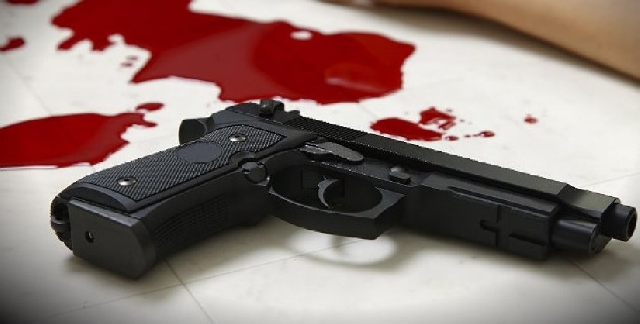 A 35-year-old Cashier has been shot dead and two other persons wounded in a robbery attack at Manso-Mem junction on the Manso-Kumasi road in the Ashanti Region.

The incident occurred on Friday, 11 September 2020.

The team made up of four persons, Driver of the vehicle, two police officers and the cashier,  were travelling from Manso-Asaman to some banks in Kumasi on a Toyata Hilux bullion van with registration number GE 3978 – 20 escorted by a private security firm Agate Mabot.

On reaching a section of the road near Manso-Mem junction, the team were attacked by masked men numbering about seven with four of them wielding AK 47 assault rifles, the report read.

However on approaching the Manso-Mem junction, they were attacked by seven masked men.

Four of the masked men were wielding AK-47 rifles.

The robbers also ceased two AK47 rifles containing about 30 rounds of ammunition from the Police Officers.

The two men who sustained various degrees of injuries have been admitted to the St. Martin’s Catholic Hospital.

The body of the deceased identified as Attakorah has since been deposited at the hospital’s Morgue awaiting autopsy.