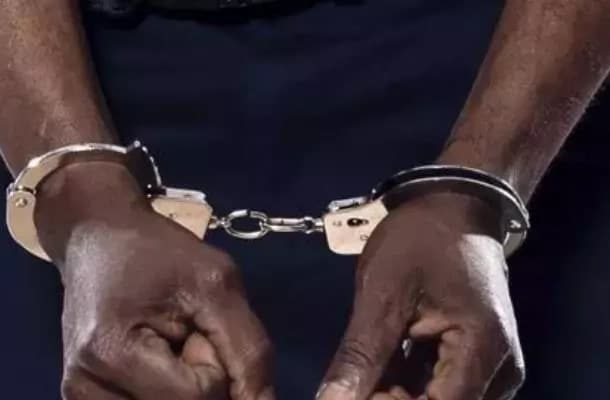 The suspect, John Amoah, and his two daughters aged 13 and 17, were arrested by some members of the main opposition National Democratic Congress (NDC) at Buabai, a town located in the Asawase Constituency.

They were then handed over to the police.

A search revealed that they had 335 original and duplicated voter ID cards and 17 National Health Insurance cards.

The daughters were arrested while taking information from the voter ID cards and their father arrested later when he went to the police station upon hearing the news of the arrest of his two daughters.

The police explained that the suspects alleged that they were noting down information from the ID cards to assist the card bearers to register and acquire a Tax Identification Numbers (TIN) from the Ghana Revenue Authority (GRA).

According to the suspects, the card bearers, after the acquisition of the TINs, could use it to secure a MASLOC facility.

Assistant Superintendent of Police (ASP) Jibrim Bala told Kumasi FM’s Elisha Adarkwah that the police will check with the GRA to verify the claims of the suspects, since, according to the father of the two girls, this is not the first time he was doing that.

NDC Communication Officer of the Constituency, who went with the party members to effect the arrest, accused the governing NPP of being behind the act.

“The NPP started this; if you think I’m telling lies, go to the Municipal [Assembly] and see Alidu; this seat, we won’t give it to them. We have shown you the evidence,” the Communication Officer noted.

However, the Assemblymember for the area, Yakubu Saliu, also told Kumasi FM that he instructed the suspects to compile the list to enable him secure TIN numbers for residents of the area.

“I tasked one of my children at Buaben to compile a list of those without TINs in my area, because there’s a loan facility they can access but without the TIN, they can’t access the facility. The NHIS, if you come to my area, you will find out that I was already helping people renew their cards, now that I’m Assemblymember, I must do more. So that’s what I tasked them to do.

The assemblyman for the area also urged the two major political parties to stop creating fear and panic ahead of the election.

“What can one use someone’s health insurance and voter ID duplicate for in an election. I’ll appeal to both NDC and NPP to stop creating fear and panic.”

Meanwhile, the police has commenced investigations into the matter.