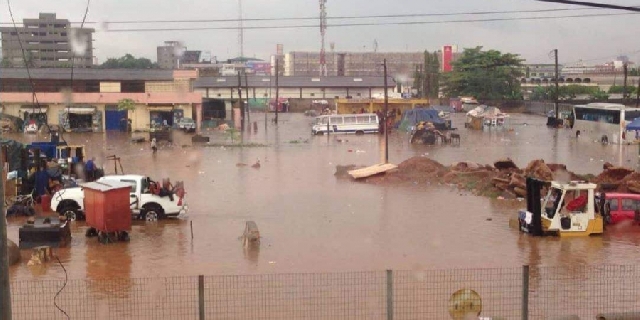 It also displaced some residents

A 7-year-old boy, Atta Prosper, has been washed away by floods at Asokwa in the Ashanti regional capital, Kumasi.

The rains and accompanying storm ripped off the roofs of buildings in the area.

It also displaced some residents.

Confirming the incident to Class91.3FM’s Ashanti regional correspondent Elisha Adarkwah on Friday, 25 September 2020, the Director of the National Disaster Management Organisation (NADMO) for the area, Eric Nana Akosah, said some of the affected communities include Kaase, Ahensan, Atonsu among others.

He said: “Yesterday evening, the rains that poured around 5.30 to 6 pm have caused a lot of havoc around Asokwa, Atonso; it was not easy.

“What’s disturbing is that a 7-year-old child at Asokwa, called Atta Prosper, was washed away by the floods.

“His body was found around the Shell filling station around the overhead at the streets that lead to Anloga.”

He revealed that the body of the 7-year-old boy been deposited at the morgue.

He also appealed to the residents to stop dumping refuse in drains, so as to allow free flow of the rain water, especially during the rainy season, as more rains are expected.