A/R: Open our shops or we march – Ghanaians working in Nigerian-owned shops 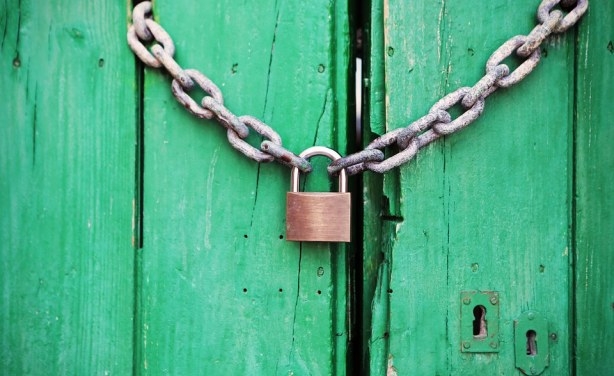 Some Ghanaians who work under Nigerians whose shops have been locked up by the presidential task force on retail trade at the Suame Magazine in the Ashanti region have threatened to demonstrate against the government for closing down the shops of their employers.

The closure of the shops, they said, has rendered them jobless and made it difficult for them to feed themselves and their dependents.

The closure of the Nigerian-owned shops, the aggrieved Ghanaians said also comes at a time when the deadly coronavirus has crippled Ghanaian-owned businesses, hence making it difficult for their fellow countrymen to employ them.

Addressing a press conference at the Suame Magazine today, Friday, 2 October 2020, they pleaded with the government to consider reopening shops belonging to Nigerians who have genuine documents to operate or they demonstrate and vote against the government.

Meanwhile, a 12-member delegation from Nigeria last month met with Ghanaian officials to resolve the Ghana-Nigeria retail trade war once and for all.

Below is a communiqué issued after the deliberations on September 3, 2020.

The meeting which took place on Wednesday, 2nd September 2020 at the Speaker’s Lounge, Parliament House, Accra, discussed the implementation of the Ghana Investment Promotion Centre Act, 2013 (Act 865) which had resulted in the closure of some retail shops of foreigners including some Nigerians in Ghana. Some key Ministers of State attended and participated in the deliberations at the special invitation of the Speaker of Parliament of Ghana.

The meeting also discussed the recent demolition of a property of the High Commission of Nigeria located at No.19/20 Julius Nyerere Street, as well as issues relating to the property at No. 10 Barnes Road which was secured as far back as 23rd October 1959 through a commercial arrangement between Thomas Hardy and the Ministry of Finance incorporated- Federation of Nigeria.

Recounted the long-standing friendship between the two nations which existed prior to the independence of the Ghana and Nigeria and the healthy rivalry exhibited in sports, education, creative arts and other spheres of human endeavours. We reiterated that such shared and cherished history must not be undermined. Rather, it should be harnessed for the benefit of all citizens involved.

Acknowledged that many stakeholders in the retail sector have limited appreciation of the trade laws of Ghana, in particular, Section 28 of the GIPC Act, 2013 (Act 865), which provides for the conditions under which non-Ghanaians can engage in trading activities and urged the relevant regulatory authorities including the GIPC and Trade Attaches of foreign missions to educate their citizens on the trade laws.

Recognised that the economic circumstances of traders within the sub-region makes it difficult for many of them to meet the minimum capital of not less than One Million United States Dollars (US$1,000,000.00) in cash or goods and services relevant to the investments as prescribed in Section 28 of the GIPC Act, 2013 (Act 865), and accordingly, urged that the respective Trade Ministries and Regulatory Authorities to work out modalities that enable the traders to meet the capital requirement.

Stressed an amicable resolution of trade disputes through a fair judicial process and within the confines of ECOWAS Trade Liberalisation Instruments and Protocols and free trade continental treaties including the African Continental Free Trade Area (AfCFTA) which both countries are signatories.

Emphasised the need to respect the sovereignty of Member States of ECOWAS and their laws but, in doing so, efforts must be made to ensure that the ECOWAS Agenda for free movement of people and goods in furtherance of a shared and prosperous future of citizens of the sub-region is not compromised.

Bemoaned the misrepresentation of facts in the media and utterances of senior officials of governments which tend to escalate tensions thereby undermining the friendship between the two nations. Both Rt. Hon. Speakers pledged to utilise every available platform in their respective countries to discourage such tendencies.

Appreciate the efforts of the executive arms of government of our two countries in helping to stem the tide of the tension, taking cognisance of the meetings on-going in Abuja between the ministers of Trade and Industry and Foreign Affairs with their Nigerian counterparts.

Accordingly, we as Speakers of the Parliament of Ghana and the House of Representatives of Nigeria, having met in Accra on Wednesday, 2nd September 2020 in pursuit of parliamentary diplomacy following the disquiet about the perceived mistreatment of some Nigerian nationals in Ghana over the closure of shops belonging to foreign nationals including some Nigerians in the wake of the enforcement of some provisions of the Ghana Investment Promotion Centre Act, 2013 (Act 865).

Cognisant of the negative impact that this development could have on the brotherly relations that have existed between our most revered countries in the sub-region, especially coming at the heels of the diplomatic incident occasioned by the recent demolition of the property of the

i. Measures will be adopted to support law-abiding traders to properly regularise their business operations to alleviate the trade challenges occasioned by the alleged closure of the retail stores in view of the ravaging impact of Covid-19 pandemic on businesses and families of both countries;

ii. A meeting will be held between the Trade and Foreign Affairs Committees of both Legislatures to deliberate on applications of Trade Laws, in particular, the GIPC Act, 2013 (Act 865) and make recommendations for appropriate solutions; and

iii. A Joint Committee will be established composed of Members of both Legislatures to explore the possible passage of reciprocal legislation, which could be potentially called the “Ghana-Nigeria Friendship Act” which shall propose “Ghana-Nigeria Business Council” to provide a framework to sustain the friendship and benefits to citizens of the two nations.

Finally, the Rt. Hon. Speakers expressed the commitment of their respective Legislatures to continuously employ legislative diplomacy as a tool to complement efforts of the Executive in the promotion of peace, security, economic integration and development between Ghana and Nigeria and on the African Continent as a whole.