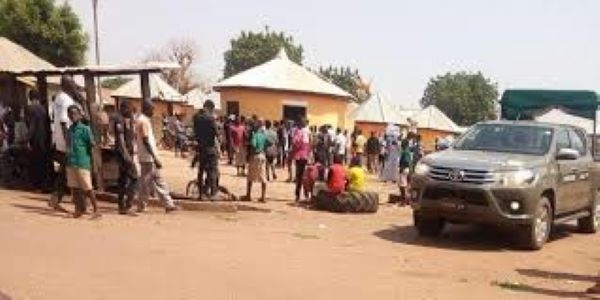 The Kudjragbe Divisional Clan of the Ada Traditional Area has petitioned the Ada Divisional Police Command to intervene in order to avert a possible chieftaincy clash between two factions of the clan in an emerging chieftaincy dispute over a successor to the Asofoatse-ngua Tsatsu Pediator IV.

The Paramount Chief of the Ada Traditional Area, Nene Abraham Kabu Akuaku lll, in an attempt to resolve the issue, constituted a nine-member panel to look into the matter after a petition was filed by the Mensah-Wem gate.

The Mensah-Wem faction has accused the Paramount Chief of unnecessarily delaying in making public, the report to the parties involved, after the committee handed it to him.

It further called on the Paramountcy to unveil the report, which they believe will forestall a possible violent clash between the gates.

The two factions, earlier on Monday, 31 August 2020, nearly clashed at the forecourt of the Ada Traditional Council when they suspected that some people were going to introduce one of the two parallel Asofoatse-nguas to the Council during a visit by the Greater Accra Regional Minister, Ishmael Ashitey, to the traditional council.

It took the timely intervention of the police to avert the near clash.

Meanwhile, in a closed-door meeting with the Paramount Chief, the Regional Minister has charged the traditional authorities to swiftly resolve all the chieftaincy disputes in the area to ensure a peaceful atmosphere.