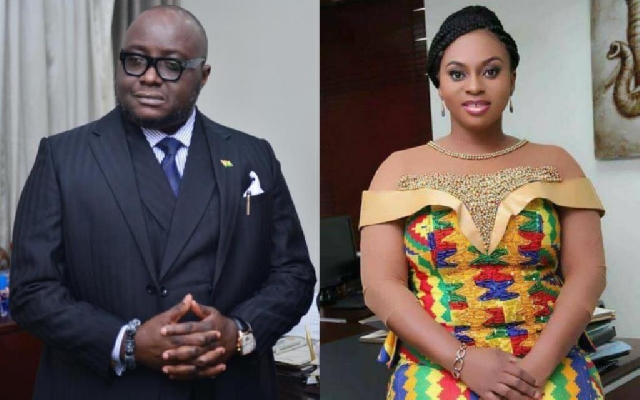 Her challenger, Michael Aaron Oquaye Jr., Ghana’s High Commissioner to India, on the other hand, allegedly gave GHS3,000, a 32-inch Nasco flat screen television set and an Indian-made cloth to the 500 delegates.

The candidates targeted 500 delegates which they needed to win.

Corruption Watch said its follow-up checks on the GLICO insurance cover found that it took effect three days to the election, 17 June 2020 and will expire on 16 June 2021.

The “Insurance Interest” was for the benefit of “Delegates of the Dome Kwabenya Constituency”.

CW said when it contacted Mr. Oquaye for his response to the allegations of providing the gravy train goodies and money to delegates, he said the election was over and he has put everything about it behind him.

CW said Adwoa Safo, on the other hand, did not respond to a request for comments despite phone calls and a follow-up letter that Corruption Watch submitted to her through the director of public affairs at the Procurement Ministry, Mr Solomon Sasu Mensah.

Corruption Watch said it then requested a telephone interview “but at the time of filing this report, more than one week after requesting the phone interview, she has not responded”.