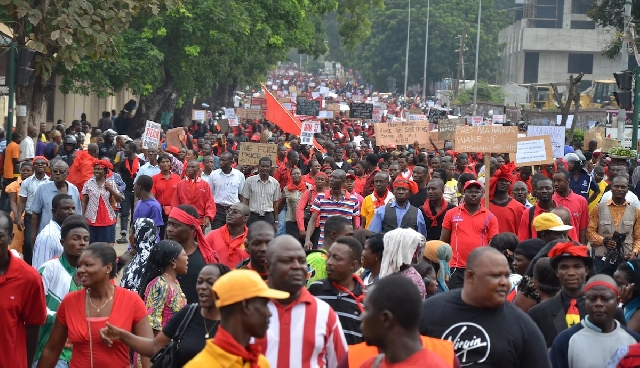 The government has not paid all legacy salary arrears contrary to speculations that it has, the Association of Aggrieved Teachers of 2015 has said.

The association indicated that none of its batch members has received any payment.

Reminding President Nana Addo Dankwa Akufo-Addo of his promise in a statement issued by the association and signed by its secretary Ankamah Stephen, the teachers said: “We, the Association of Aggrieved Teachers of 2015, wish to notify you of our unpaid salary arrears, which the president pledged to pay us in his 2016 campaign message.”

According to the association, “there has been information speculating that the government and the Ministry of Education have paid all legacy salary arrears which none of the 2015 batch is included.”

The association continued that: “Knowing the abilities of the sitting president, we are hereby reminding him that none of the 2015 batch has been paid.”

Exuding confidence in the abilities of President Akufo-Addo, it noted that: “With the trust in our president as a listening father, he will deliver his promise made to us.

“We are 100percent sure that our listening father will respond to our petition as soon as he gets this notice.”

The association further called on Asantehene Otumfuo Osi Tutu II, the National Chief Imam, the Christian Council of Ghana, the teacher unions, the National Peace Council, as well as the Pentecostal and Charismatic Council, to help them to remind the president of “his promise.”

It added: “All documents devoid of discrepancies related to the approval of this notice will be made available upon request without any hesitation.”

Ghana on verge of attaining gender parity at SHSs