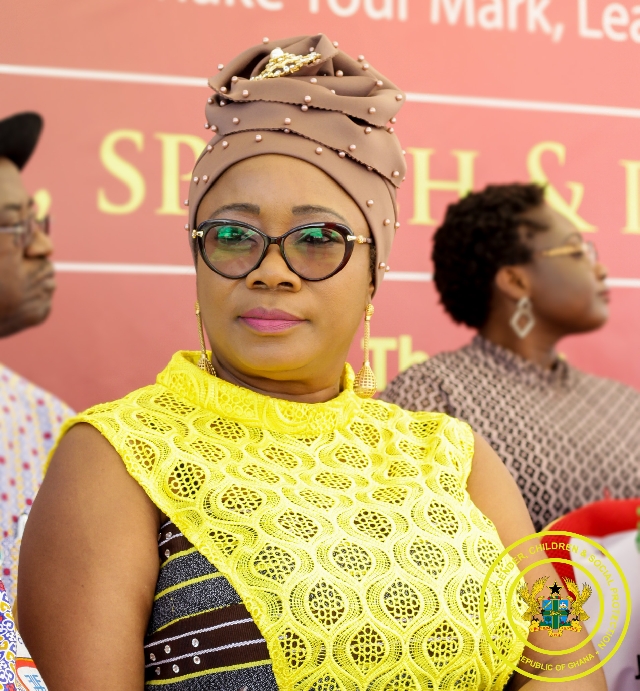 A faction within the governing New Patriotic Party (NPP) in the Agona West Constituency is plotting to assassinate the Minister of Gender, Children and Social Protection, Mrs Cynthia Morrison, who happens to be the incumbent MP for the area, Constituency Secretary of the main opposition National Democratic Congress (NDC), Mr Emmanuel Korley has said.

The allegation by the NDC in Agona West follows the arrest of four suspects by the Central Regional Police Command for allegedly plotting to assassinate Mrs Morrison and the subsequent invitation of the NDC’s parliamentary candidate, Mr Paul Ofori Amoah, for his alleged involvement in the plot.

Mr Amoah, according to the police, has admitted to signing two cheques which were found with the suspects, who were arrested at a hotel.

However, Mr Korley told Accra100.5FM’s morning show, Ghana Yensom, on Tuesday, 20 October 2020, that the NDC suspects that one of the many factions of the NPP in the constituency, is rather bent on killing the incumbent MP.

“We are calling on the police to give Mrs Morrison extra security because what we are suspecting is that, internally, these people can do so many things.

“I am telling you today that they are running away from their own ghosts.

“Agona West NPP is very divided. As we speak, their chairman, secretary, and about four other executives have been suspended”, Mr Korley said.

He added: “Their own people are angry with them and, so, they are trying to cause trouble to themselves and make it appear as though the NDC is behind it.

“So, we are calling on the police to give Maame Morrison extra police than she is having now because we are suspecting they will do harm to her and bring it out that the NDC is behind it.

“We’ll hold a massive press conference to show their plans”, he said.

Mr Korley dared the MP and the NPP in the constituency, to adduce evidence to their claim that the NDC and its parliamentary candidate, intend assassinating the minister.

“I’m challenging the MP to bring any evidence if she has of the allegation.

“There is not a single evidence anywhere, whether audio or video, whatever; nothing, to show that NDC wants to kill Mrs Morrison.

“I’m rather suspecting NPP internal wrangling as the cause of this thing, so, we plead with the police to protect Maame Morrison’s life because she must live to see the massive defeat coming”, Mr Korley added.

Meanwhile, he said the four suspects arrested in connection with the alleged assassination plot are personal bodyguards of the NDC’s parliamentary candidate, explaining that the cheques found on them at the hotel were payments for bodyguard works done.

On the same programme, Nana Adjei, the NPP’s Constituency Secretary for Agona West, said the explanation that the suspects are bodyguards of the NDC’s parliamentary candidate was false.

In his view, it is ex-post facto rationalisation.

According to him, Mr Korley went for “coaching” to put out that “lie”.

“These people are not known boys in Agona West. We know Paul Ofori Amoah’s bodyguards and these boys are not his bodyguards”, he told Kwabena Prah Jr, host of the show.

The police invitation to Mr Amoah followed a formal complaint lodged by Mrs Morrison that four men had lodged in a hotel at Agona Swedru and had planned to assassinate her.

The four men, according to the Public Relations Officer of the Central Regional Police Command, DSP Irene Oppong, were arrested with weapons and two cheques, which the NDC parliamentary candidate “admitted to issuing”.

Mr Amoah was held at the regional headquarters of the Criminal Investigations Department, where his caution statement was taken.

Meanwhile, the alleged assassins hired for the hatchet job have been remanded in police custody by a Cape Coast Circuit court presided over by Her Lordship Dorinda Smith Arthur.

They were cautioned on preparation to commit murder and carrying offensive weapons.