Agyapa Royalties: Your petition ‘opportunistic and populist’ – Amidu to STRANEK-AFRICA 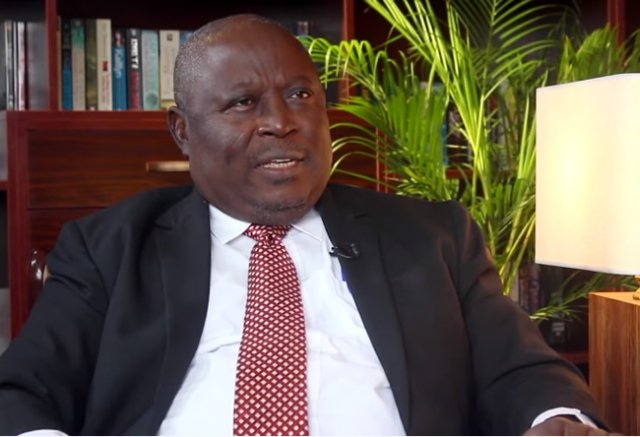 The Office of the Special Prosecutor (SP) has described a petition by STRANEK-AFRICA for it to investigate the Agyapa Royalties deal as “opportunistic and populist”, geared toward taking credit for processes that have already commenced independently, by its office.

This was contained in a letter signed by Special Prosecutor Martin A.B.K Amidu on Tuesday, 22 September 2020 to the group.

According to him, the Agyapa Royalties Agreements and related issues have been matters of public interest since they were approved.

The letter continued: “It is further in the public domain that Parliament and other public institutions have already responded to this office’s request for information and documents.”

It added: “Your letter, therefore, appears to this office as an opportunistic and populist enterprise on your part to take credit for processes already independently commenced by this office. In any case, your letter containing mere speculations without more does not present any legal basis for this office to commit further resources to your request from the public purse.”

STRANEK-AFRICA petitioned Mr Amidu’s office to investigate the entity that valued Ghana’s gold royalties that were ceded to Agyapa Royalties.

STRANEK-AFRICA, which described the deal as “shrouded in illegality, secrecy and issues of conflict of interest” and, thus, inimical to the interest of Ghanaians, also called for a probe of the deal.

The group made the demands in a letter addressed to Special Prosecutor Martin Amidu and co-signed by its Executive Director Nii Tettey Tetteh and its Director of Policy Affairs on Tuesday, 22 September 2020.

The civil society organisation said: “We are by this letter petitioning your high office pursuant to the Special Prosecutors Act (Act 959), 2017, to invoke the jurisdiction of the Special Prosecutor to open investigations into alleged cases of corruption, nepotism, conflict of interest and a general lack of openness and transparency that have characterised the Agyapa Royalties deal of the ruling government”.

“This follows the widespread traction the deal has gained in both traditional and social media.”

“The government subsequently amended Act 978 to ensure that Special Purpose Vehicles established by the Fund get unrestricted independence.

It said on “Friday, 14 August 2020, President Akufo-Addo caused seven (7) agreements relating to the Minerals Income Investment Fund (“MIIF”) to be laid before Parliament for approval.

“The Agreements sought to mortgage Ghana’s future mineral royalties using a Special Purpose Vehicle (SPV) called Agyapa Royalties Ltd. in exchange for an upfront amount of US$500 million to US$750 million.

“Future resources from gold royalties will go to Agyapa Royalties Ltd. instead of the government, and the deal is structured such that it can run in perpetuity”, the petition said.

“Agyapa Royalties Ltd. was incorporated as an offshore company in a tax haven island in the United Kingdom called Jersey (Channel Islands).

According to STRANEK-AFRICA, “the agreements for this deal were indecently rushed through the parliamentary approval process”, adding: “Requests by the Minority for certain important details such as the prospectus, details of incorporation and justification of usage of a tax haven, for effective scrutiny were not heeded by the ruling government and the majority side of Parliament”.

“Requests that parliament be furnished with periodic reports on the activities of the Special Purpose Vehicle for accountability and transparency were also rejected.

“Requests by the Alliance of Civil Society Organisations working on Extractives, Anti-Corruption and Good Governance for a full complement of data and assumptions used in government’s valuation of the royalties being traded did not receive any consideration.”

“It is imperative that the Agyapa Royalties deal be thoroughly and immediately investigated by your office: The Special Purpose Vehicle lacks transparency as it was incorporated in a tax haven causing matters of corporate governance to be clouded in secrecy and making it difficult to provide proper oversight of the company. Mortgaging Ghana’s future mineral royalties in perpetuity runs contrary to the interest of the people of Ghana and Ghana stands to lose billions of dollars in revenue as a consequence of this deal. The deal is intended to monetise gold royalties to fund the budget and ought to have been reflected in the budget statements tabled for approval and subsequently enacted in the various Appropriation Acts for the 2020 Fiscal Year, but this was not so;

“The agreement makes it impossible for a future government to replace managers of Agyapa Royalties Ltd. The asset is grossly undervalued per current valuation. The deal is embroiled in conflict of interest issues and raises serious ethical concerns on what seems to be a classic case of ‘family and friends’ transaction: Africa Legal Associates (ALA) are the legal advisors. ALA is owned by Mr Gabby Otchere Darko, the cousin of both President Akufo-Addo and Mr Ken Ofori-Atta, the Finance Minister.”

It added: “It is prudent that your outfit investigates how the value of the royalties being ceded to Agyapa Royalties was calculated and which entity did the evaluation. The owners of the Agyapa Royalties must be disclosed to the general public including their credentials and the shareholding