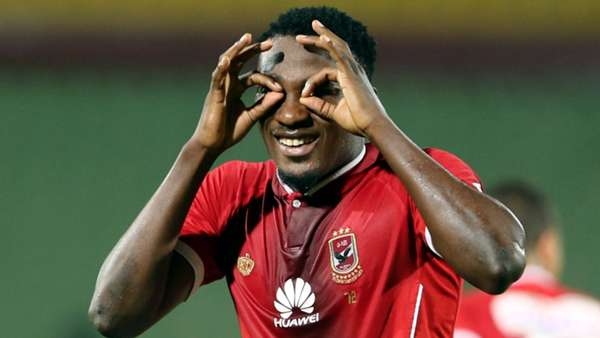 The reigning Egyptian Premier League kings are gunning for their ninth African title, however, they must navigate their way past the Moroccans who are eyeing a third continental crown.

To make this dream a reality, coach Pitso Mosimane has announced a strong 22-man squad with the former Nigeria U23 star making the cut.

Also, Mahmoud Kahraba has been declared fit for the crunch tie, while the Red Devils will be without defender Ramy Rabia, who is down with a muscular injury. Angola international striker Geraldo and Ali Maaloul will join the rest of the squad in Morocco after their national team duties.

He joined the Cairo-based team in 2016 after a season at Tunisian elite division club CS Sfaxien.

After Saturday’s first-leg at Stade Mohammed V, Casablanca, the Wydad of Nation travel to the Cairo International Stadium for the return leg billed for October 23.

To get to this stage, Al Ahly eliminated Mamelodi Sundowns 3-1 over two legs while Wydad Casablanca were 2-1 winners against Tunisia’s Etoile du Sahel over two legs.