Akosua Agyapong has ranked her colleague musician, Rex Omar, as the worst Board Chairman that the Ghana Music Rights Organisation (GHAMRO) has ever had. 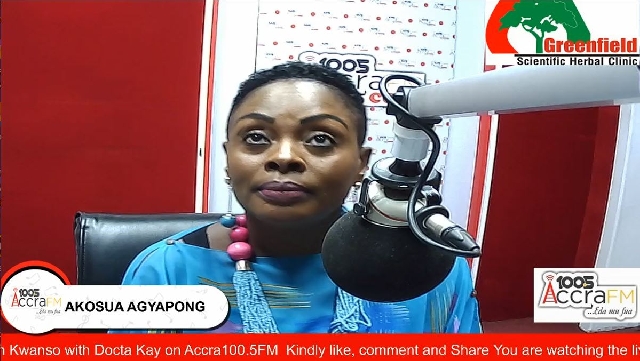 In expressing her disappointment with the current administration, she said that contrary to the high expectations that musicians had of the ‘Abiba’ hitmaker, Omar has been a huge disappointment.

Speaking to Docta Kay on Accra100.5FM’s drive time show, Nkran Kwanso on Thursday, 1 October 2020, Akosua Agyapong said: “When Carlos was in charge, you [Rex Omar] were on several media platforms criticising, so, we thought that given the chance, you will do better. Rather, the situation is gone from bad to worse.”

“As for Rex, I will say it again and again that among all of them, Rex is the worst GHAMRO chairman ever,” she added.

She also questioned the achievements of Rex Omar at the GHAMRO office, adding that the current National Democratic Congress (NDC) spokesperson on Creative Arts is quick to play politics by trying to discredit President Akufo-Addo who has rather used his office to help musicians.

She also disclosed that she wants an opportunity to run GHAMRO, indicating that “something is amiss somewhere.”

Akosua Agyapong, who has constantly trumpeted the rot at the royalty collection and distribution company, also expressed disappointment in Diana Hopeson, the second Vice Chairperson at GHAMRO.