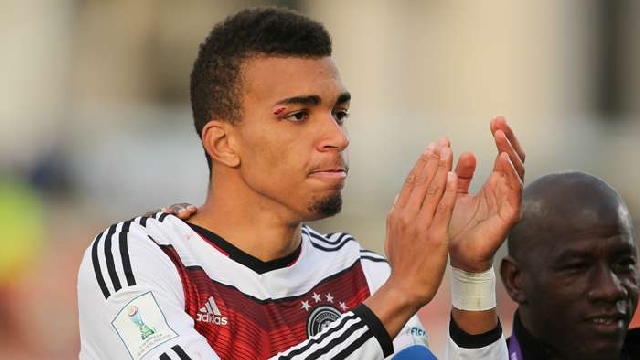 Hoffenheim defender Kevin Akpoguma has confirmed he has switched his allegiance to the Nigeria national team, saying he is ready to play for the Super Eagles.

Akpoguma is, however, still eligible to play for the Super Eagles since he has not represented the European country at senior level.

The centre-back has been with Bundesliga side Hoffenheim since 2015 and made 18 league appearances for the Kraichgauer last season, helping them to finish sixth in the campaign.

The 25-year-old defender is excitedly looking forward to the new challenge with the three-time African champions.

“It’s something I’ve been thinking about for a long time. I am now at an age where I have already gained experience at European level with TSG and feel ready to play for my homeland,” Akpoguma told the club website.

“It makes me incredibly proud and I am positively excited. I’m really looking forward to getting to know the team.”

Last month, Nigeria coach Gernot Rohr explains his role in convincing the defender to switch his allegiance to the Super Eagles.

“It was not my job to convince [Kevin] Akpoguma to come and play for Nigeria. I had a good conversation with him and his family while watching several games in Hoffenheim,” Rohr said.

“After the matches, we met and could talk. I presented our projects and I could speak about the team, about this incredible period in the Super Eagles and my vision for the team.

“He was sold on this and would love to be a part of the team and play in big international competitions like the Africa Cup of Nations or even the World Cup.

“We are very happy about the decision of Kevin Akpoguma to switch from Germany to Nigeria. Because he played for Germany at youth levels, the process is not finished yet because Fifa must give the authorisation.

“He has fulfilled the written request to switch and we only await the good news that he can finally play for us.”

Rohr also revealed the centre-back will not play a part in his side’s friendly games against Algeria and Tunisia in October as he continues to await Fifa clearance.

“It’s too soon to expect him to play our two friendlies in October, but hopefully for the Nations Cup qualifiers in November,” he continued.

The likes of Ola Aina, Brian Idowu, Tyronne Ebuehi, Joe Aribo, Maduka Okoye, Kingsley Ehizibue and Cyril Dessers have switched their allegiances to the West Africans since Rohr took charge of the team.