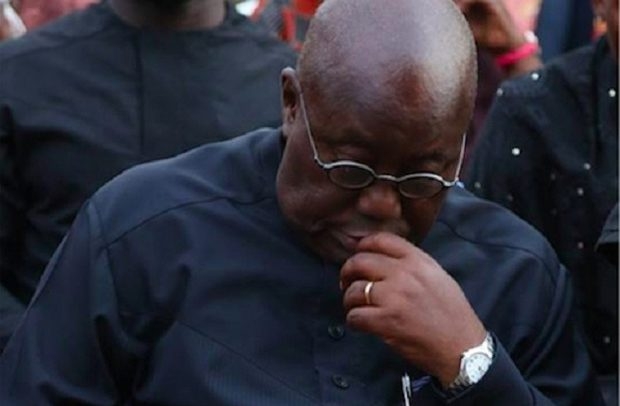 President Nana Akufo-Addo has said that: “On behalf of Government and the people of Ghana, I send my deepest condolences to the families of the 15 persons who lost their lives tragically in the church building that collapsed at Akim Batabi near Oda”.

“I wish the 8 injured persons a speedy recovery”, he tweeted.https://platform.twitter.com/embed/index.html?dnt=false&embedId=twitter-widget-0&frame=false&hideCard=false&hideThread=false&id=1319228045098651650&lang=en&origin=https%3A%2F%2Fwww.classfmonline.com%2Fnews%2Fgeneral%2FAkufo-Addo-commiserates-with-church-disaster-victims-19682&siteScreenName=Class913fm&theme=light&widgetsVersion=ed20a2b%3A1601588405575&width=550px

So far, a total of 18 bodies have been retrieved from the rubble of the three-storey church building that collapsed in the Eastern Region on Tuesday, 20 October 2020, local journalist Kenneth Oduro, who reports for Akyemansa FM has told Kofi Oppong Asamoah on Class91.3FM’s mid-day news 12Live.

A few hours before the mid-day news, Mr Richard Amoatey, Director for the Inspectorate unit of the national headquarters of the National Disaster Management Organisation (NADMO) had told journalists that 17 bodies had been retrieved.

“We wish to assure them [families of the victims] that, as rescuers, we’ll do our very best and we are going to work throughout until the last person or the last body is either saved or recovered”, Mr Amoatey promised.

He said “as of 9 am this morning, we had recovered 17 bodies made up of 10 females and seven males”.

“Eight persons have been rescued and sent to the Oda Government Hospital.

“Six of them were treated and discharged and two are on admission as of close of day yesterday [Wednesday, 21 October 2020]”, he noted.

According to him, “The rescue officers are still working and like I’ve said, we’ll continue to work until the last man is saved or the last body is recovered”.

“Once again, our sincere sympathies to the families who have been affected by this incident”, he commiserated.

Mr Amoatey revealed that the search and rescue efforts have been frustrated by some unknonwns.

“Our biggest challenge here has been the lack of information”, explaining: “Because we don’t have information as regards the number of people who were in the building as of the time of the collapse, it has made our work very very difficult”.

“So, I’ll take this opportunity to appeal to people who have relatives who were supposed to have attended service last three days and have not reported back, to come to the area.

“We have set up an information desk to receive such information to aid us in our search and rescue operations because we need to know the numbers we are looking for and we are also in touch with the church leadership to show us the areas, because they are unable to give us the plan of the structure, so, we are in touch with them to show us the areas where we are likely to find people”, he said.

The congregants of the Church of Prosperity, numbering more than 60, had converged to pray and fast for their founder, who had taken ill, when the incident happened.

More than 30 of the congregants survived and were rescued from the rubble but some 20 others were trapped under the rubble.