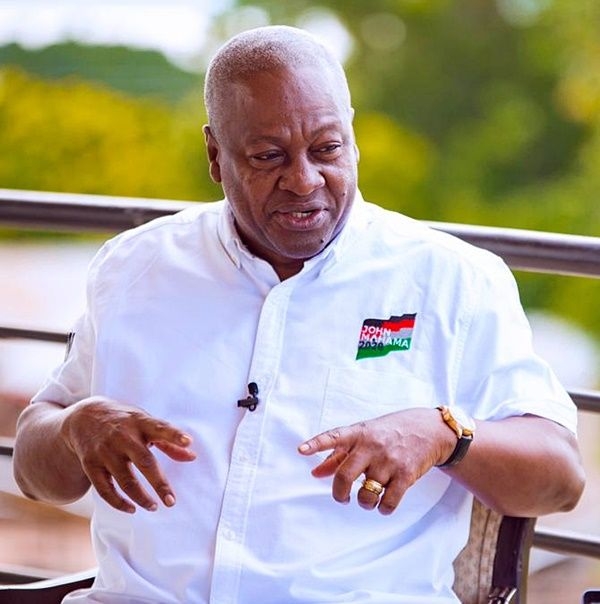 The flagbearer of the main opposition National Democratic Congress (NDC), Mr John Dramani Mahama, has said the Akufo-Addo-led government has borrowed some GHS140 billion in three-and-a-half years but has nothing to show for it.According to Mr Mahama, unlike his government’s Green Book which documents all the projects he did during his presidency, the NPP’s delivery tracker is full of non-existing projects.

Speaking to the Wechiau Na and his sub-chiefs at Wa in the Upper West Region, as part of his campaign tour, Mr Mahama canvassing for votes said: “The tragedy of this government is that they have borrowed so much and received so much resources and yet there’s nothing to show for it”.

“After borrowing almost GHS140 billion in three-and-a-half years, show me one single secondary school or a hospital or roads or electricity or water”, Mr Mahama dared the NPP.

At the Wa Magazine on Wednesday, we interacted with the owners of garages, shop owners and artisans on how to support and enhance their work.

I used the opportunity to explain the National Apprentice Programme through which we will engage 100,000s of young people to undergo skills training with master craftsman.

Government will be responsible for the cost of training and also provide the trainees with start-up packs at the end of their training. …See More

“They say I borrowed GHS54 billion when I was President over four years and yet everywhere you go in this country, you’ll see development projects that the GHS54 billion has been used to execute,” he added.

Mr Mahama continued that: “Recently they came with something they call a delivery tracker to show all the developments they had done in the country”.

“In our Green Book, we don’t have toilets because toilets and things are the jobs of the district assemblies.

“There are some projects that are the responsibilities of district assemblies and, so, we showed the schools, the water, CHPS compounds, highways, interchanges, airports, harbours, and that green book, if you go through it, there’s no single project that if you go to the site the project is not there.

“And yet this delivery tracker when they put it up, almost every district will find projects that don’t exist. They say a project is ongoing and it is not…”