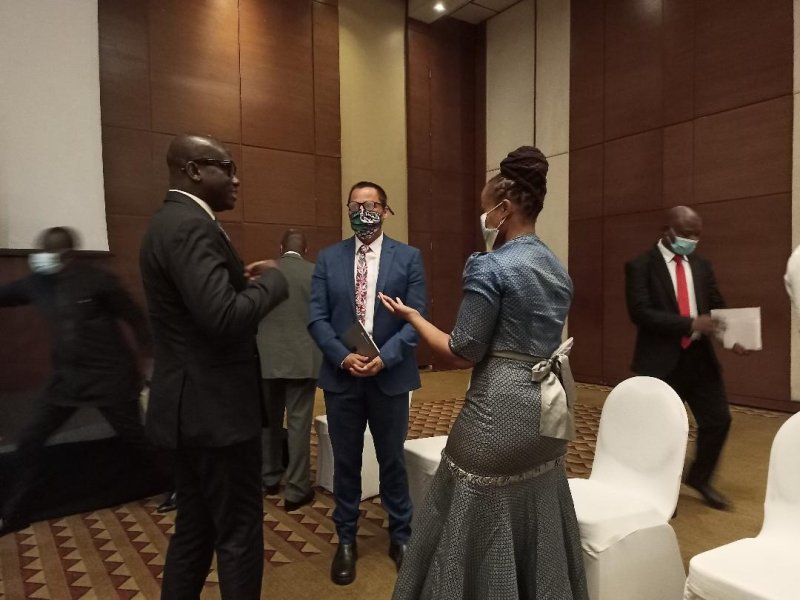 Mr Godfred Yeboah Dame, the Attorney General and Minister of Justice, says he is surprised by the National Democratic Congress’ (NDC) petition to the Inspector General of Police(IGP)over alleged excess ballot.

The Party is praying the IGP to probe an alleged illegal printing of excess presidential ballot papers in the 2020 general elections.

He said he was surprised that the NDC would make such allegations, months after failing to prove their case at the Supreme Court where it (NDC) made allegations of vote padding in the 2020 election.

Speaking to journalists at the opening of a five-day training workshop for Commonwealth Election Professionals (CEP) in Accra Monday, the Attorney General argued that that the Police were not an election petition forum under the country’s laws.

The NDC last week petitioned the IGP to investigate what it claimed as the printing of one million extra ballot papers by Innolink Printing Press, one of the companies that printed the ballot paper for 2020 election.

The petition, signed by its General Secretary, Mr Johnson Asiedu Nketia, claimed that the papers were printed illegally and urged the Police to prosecute persons found culpable after the probe.

The NDC’s petition followed an earlier call on the Police by the Electoral Commission to investigate claims made by former President John Mahama that the Commission thumb printed one million ballot papers to favour President Nana Addo Dankwa in the 2020 presidential election.
The Police are yet to publicly respond to the two petitions.

Mr Dame described the NDC’s petition as “an attempt to unnecessarily mislead their own supporters and to think that Mahama performed any better in the election.”

“I’m very surprised that almost one year after the loss of that petition that they wildly make the claim of wrong allegation of votes involving over one million votes.

What is even more surprising is the forum which they made the allegation; is the Ghana Police Service an election petition forum in Ghana? It is the Supreme Court of Ghana and they had the opportunity of filing such a claim in the Supreme Court and they couldn’t even prove it,” he said.

The CEP Africa regional training event taking place in Accra this week, seeks to provide a platform for professional development, knowledge sharing and peer support to electoral administrators in the Commonwealth.

It is on the theme:” Delivering credible and inclusive elections in the era of COVID-19: Building public trust and confidence throughout the electoral cycle.”

Mr Dame told the participants that though the COVID-19 pandemic threatened the smooth conduct of elections, it did not warrant the postponement of elections against the schedule mandated by the constitution.

He cautioned that such postponements could lead to constitutional crisis and plunge a country into chaos.

Mr Samuel Tettey, the Deputy EC Chairman in charge of Operations, said in spite of the EC’s activities being disrupted ahead of the 2020 election, the Commission successfully conducted the elections as scheduled due to the stringent measures it (EC) put in place.

He said the Commission was ready to share ideas and support other election management bodies to smoothly undertake their elections amid the pandemic.

Ms Lindiwe Maleleka, the Political Advisor, Africa Section of the Commonwealth Secretariat, commended Ghana for being one of the few countries which conducted elections amid the pandemic.

She said the Commonwealth’s Observer Group that monitored the country’s 2020 elections reported that it was free, fair and transparent.