Amnesty accuses Tanzania gov’t of stifling dissent ahead of polls 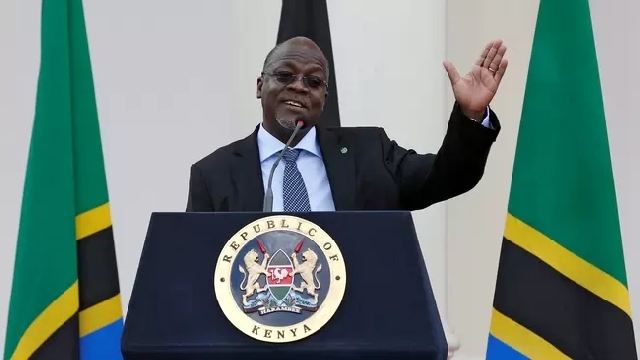 Tanzanian President John Magufuli’s government has built up a formidable arsenal of laws to stifle all forms of dissent ahead of this month’s elections, rights group Amnesty International said in a new report on Monday.

Authorities have effectively clamped down on the rights to freedom of expression and peaceful assembly, according to the report.

Security forces have arrested opposition candidates on bogus charges, stripping them of their right to freedom of assembly, association and movement in recent months, amnesty claimed.

“Tanzania has weaponised the law to the point that no one really knows when they are on the right or wrong side of it,” Deprose Muchena, Amnesty International’s director for East and Southern Africa, said.

The East African country is heading to the polls on October 28. President Magufuli is seeking a second five-year term and is being challenged by 14 other candidates.

Earlier this month, authorities suspended the election campaign of leading opposition candidate Tundu Lissu for seven days over accusations of inciting violence in the run-up to the vote.

The National Electoral Commission said the decision was taken by its ethics committee after it received two complaints from the ruling party and another party about the language Lissu had used on the campaign trail.

Lissu said the ban was “unacceptable”, calling the decision “another proof of a discredited electoral commission and a compromised electoral system”.

Lissu returned to Tanzania in July from Belgium where he had gone for treatment three years ago after being shot 16 times in an assassination attempt in September 2017.

In June, nine opposition politicians were arrested for allegedly holding an illegal assembly.

The same month, the operating license of opposition-leaning newspaper Tanzania Daima was revoked after it was accused of violating laws against spreading false information.

“President Magufuli must urgently reverse the decline in political and civil freedoms in Tanzania and ensure human rights defenders, activists and civil society organizations can carry out their work freely and independently without any fear of reprisals,” Amnesty’s Muchena said.