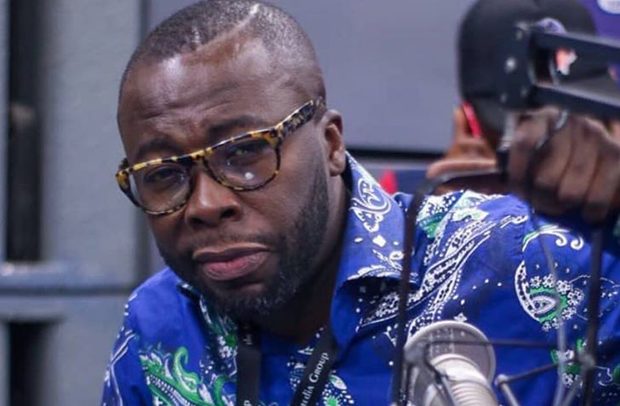 The well arranged mid-tempo song, which featured KiDi and EL, is currently making waves on the music scene. It was produced by Pee on The Beats and mixed and mastered by Kaywa.

Released a few days ago—the song is available on all online digital stores including YouTube.

Industry players have described the new single as a very good song that would surely earn Andy Dosty a lot of respect in the music industry.

Following the footsteps of internationally acclaimed DJ-artistes such as DJ Qbert and Grand Master Flash – USA and Dr. Faulikx of UK among others, Andy Dosty believes the time has come for him to show the world the kind of stuff he is made of, thus his new single.

He has worked with artistes such as Kwabena Kwabena, Okyeame Kwame, Okomfour Kwadee and a host of others. He is also among a few radio personalities whose skills know no limits.

When Andy Dosty started his career in 1996, he became very popular within a short time due to his style of play and presentation.

In 2003 he was first in the DJ Rothmans Challenge competition in Kumasi and represented the Ashanti Region in the national finals where he took the second position.

He is a member of Rhyme ‘N’ Reason Foundation, a non-governmental organization based in Jackson, Mississippi in the US. He is also a fellow of the Teaching Arts Institute (TAI), a teaching organization focused on the art of social transformation.

As an actor, Andy Dosty has featured in many films and TV series such as Wild World, Alicia, Love Comes Back, Neighbours and Afia Schwarzenegger.

Andy Dosty is the CEO of the Dosty Child Foundation, a non-governmental educational foundation.

In 2016 he started the One Ghana Cedi project, depositing one cedi into the accounts set up for 100 orphans. He is an ambassador for the “Hope4Life” project.

The project focuses on motivating, grooming, mentoring and creating networking platforms for the young generation.