Another old woman butchered for alleged witchcraft in Savanna Region 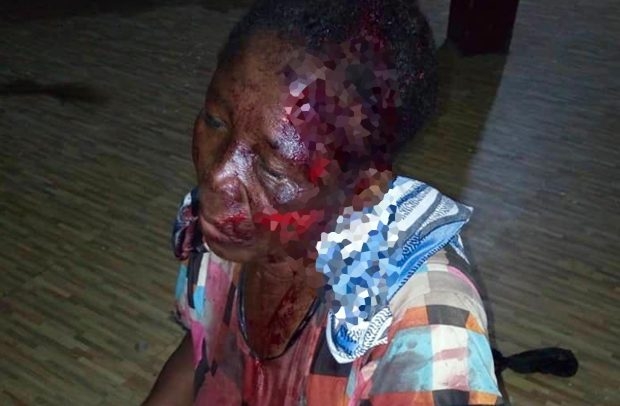 A 60-year-old woman called Meri Ibrahim has been brutally slashed with machetes by residents of Sumpini near Busunu in the West Gonja municipality of the Savanna Region for alleged witchcraft.

She sustained devastating wounds and in critical condition.

She has been admitted to the Damongo Hospital for treatment.

The mob that almost lynched her claimed she had tried killing a young man in the area.

In a video, the mob justice victim said she and two other women in the Sumpini community were accused of witchcraft.

The two others, she said, fled the area.

While home, she narrated, a mob of residents in the community barged in, accused of being a witch, inflicted machete wounds on her and ransacked the place despite her pleas of innocence.

This incident comes after a similar one in late July this year, when an old woman believed to be in her 90s, Akua Denteh, was lynched at Kafaba, a village nestled within the Savanna Region, also for allegedly being a witch.

She was accused of witchcraft by a seer, who had been invited by the villagers to help them drive away their misfortunes.