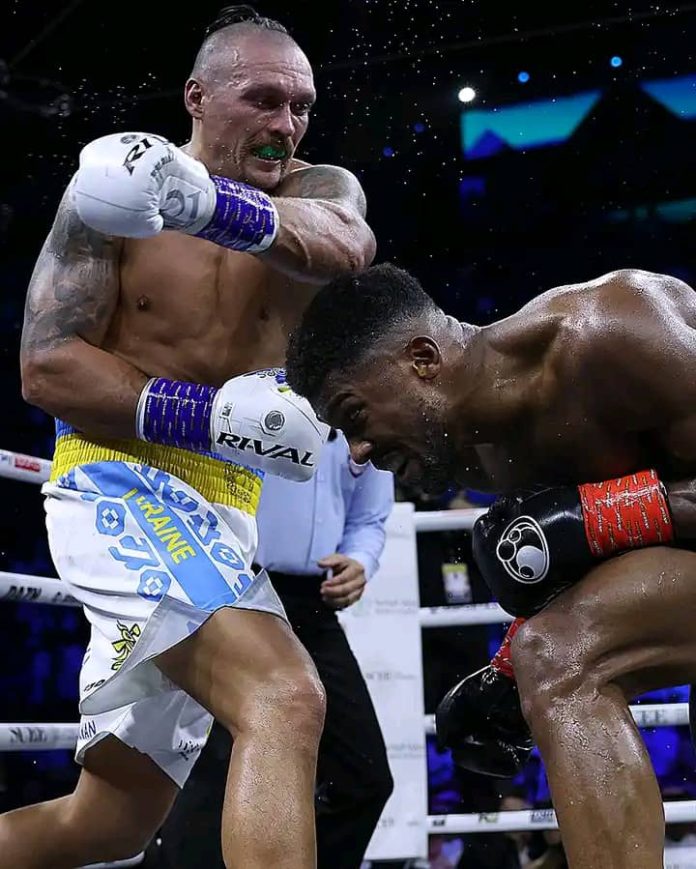 In an epic rematch dubbed “The Rage On The Red Sea” all the way in Jeddah, Saudi Arabia: at the center of which were two of the most iconic in the blue ribbon division of boxing and the stage being the grandest of them all, the Nigerian -born Brit couldn’t rise to the occasion.
Anthony Joshua had lost his IBF, WBO, WBA and IBO titles to Ukrainian boxing luminary Oleksandr Usyk in his ( Anthony’s) own backyard a year earlier and was bent on redeeming himself.
But the wily boxing wizard from Kiev with an infectious sense of humor would have none of that; befuddling Joshua over the distance and winning a split decision. The scores were 115-113 Usyk, 116-1112 Usyk and 115-113 Joshua.
In what was a better effort from Joshua, the former Heavyweight Champion still couldn’t solve the Usyk puzzle and was obviously upset by the outcome.
In his victory, the Ukrainian also added the Ring Magazine Title to his collection.