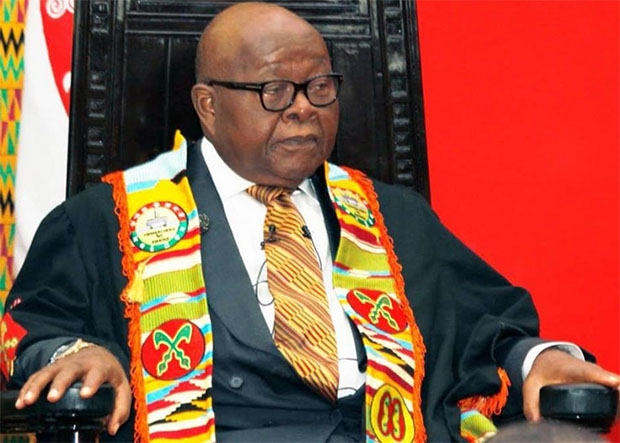 The Speaker of Parliament, Prof Aaron Mike Oquaye, has summoned the Minister for the Interior, Mr Ambrose Dery, to the House of Parliament to brief members on security measures being put in place by his ministry to ensure the safety of legislators.

This follows the murder of the Member of Parliament (MP) for Mfantseman, Ekow Hayford.

Mr Dery is expected to brief the house on Tuesday, 13 October 2020.

Reacting to the news of the murder, Prof Oquaye noted that the deceased was an “affable character, regular in the house, made useful contributions and will be sorely missed, particularly, considering the manner in which he lost his life.”

The Speaker also described the incident as a sad day in the democracy of the country.

“Now, it looks as if it’s a real danger to say: ‘I’m a Member of Parliament’. So, have Members of Parliament become an endangered species? Personally, it pains me because these are elected persons on whom a very grave responsibility rests”.

“If they don’t release money, if they don’t come to do their job, there’ll be no money for us to take care of COVID, for example”.

“It’s very painful, therefore, that the death, apparently, was related to his occupation for now, as a Member of Parliament. What have people here done to deserve this? I think this is a very very important question worthy of being considered by every citizen of this country.

“If Honourable members are made to feel that this is because of the person’s involvement as a member of this honourable house, it’s a very sad day. Doubly sad for democracy in this country,” the Speaker stated.

The Speaker further called persons and agencies in charge of ensuring the safety of members of the house to live up to the task.

“And, perhaps, all those who are also responsible for looking after the safety of Members of Parliament should also take note of this as well as those who criticise when protection is being demanded and it is noteworthy that the directives I gave as chairman of the board, the response from the police should have coincided with this unfortunate incident.”

He added: “I’ve respectfully directed the Honourable Minister for the Interior to appear in this house on Tuesday, to assure the safety of honourable members, particularly with reference to those words which apparently provoked this dastardly act.

“The Honourable Minister is hereby invited to come make explanation, give assurances for the protection of honourable members.”