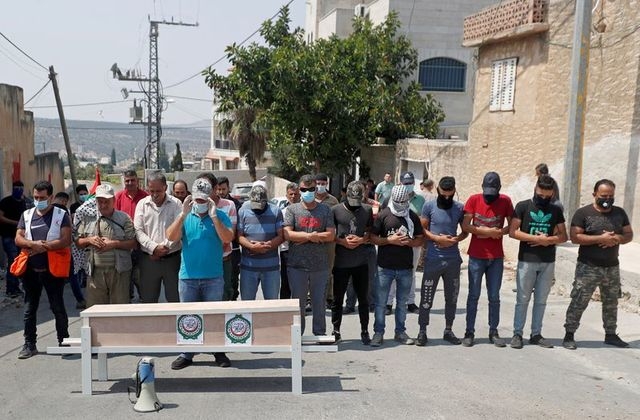 Israel’s rapprochement with Gulf Arab states has left the Palestinians feeling abandoned by traditional allies and clutching an old playbook in a rapidly changing Middle East, analysts and critics say.

As the United Arab Emirates and Bahrain prepare to sign normalization accords with Israel at a White House ceremony on Tuesday, Palestinian leaders face calls to overhaul their strategy to avoid becoming marginalized in a region where Israel and most Sunni Arab regimes share a fear of Iran.

The Palestinian approach to securing freedom from Israeli occupation has for years relied on a longstanding pan-Arab position that called for Israeli withdrawal from the occupied West Bank and Gaza and Israel’s acceptance of Palestinian statehood, in return for normal relations with Arab countries.

But the Palestinians last week failed to persuade the Arab League to condemn nations breaking ranks.

Shtayyeh said the Palestinians are now discussing whether to “adjust Palestine’s relationship with the Arab League.”

But critics say the proposed move is too little too late, with President Mahmoud Abbas facing mounting criticism for their increasingly isolated position.

“There is very little indication that the (Palestinian) leadership is contemplating a break from its approach,” Tareq Baconi, an analyst with the International Crisis Group, told Reuters.

The Palestinians’ strategy centres on holding Israel to account in international legal tribunals, and trying to break the United States’ dominance over the Israeli-Palestinian peace process, Baconi said.

“Arab and European support in that strategy is crucial, but it is questionable that the Palestinians will be able to secure either to the level required to ensure a just peace.”

Despite signs of shifting Arab support, Saeb Erekat, Secretary-General of the Palestine Liberation Organization (PLO), said the underlying Palestinian strategy for achieving a state in the West Bank, East Jerusalem and Gaza would not change.

“To stay on the grounds of international law, international legality, to seek peace based on ending Israeli occupation and a two-state solution … we cannot depart from these squares,” he told Reuters.

While conceding difficulties faced by a Palestinian leadership under Israeli occupation, analysts nevertheless say Abbas does have some options.

After years of in-fighting between the two main Palestinian factions, Abbas’s Fatah and Islamist Hamas, long-overdue elections would refresh the president and parliament’s mandate and boost their leverage abroad by increasing their legitimacy at home, analysts say.

“We need to … rebuild the PLO’s institutions from the ground up and cement relations between Palestinians here and in the diaspora,” Gaza analyst Talal Okal said.