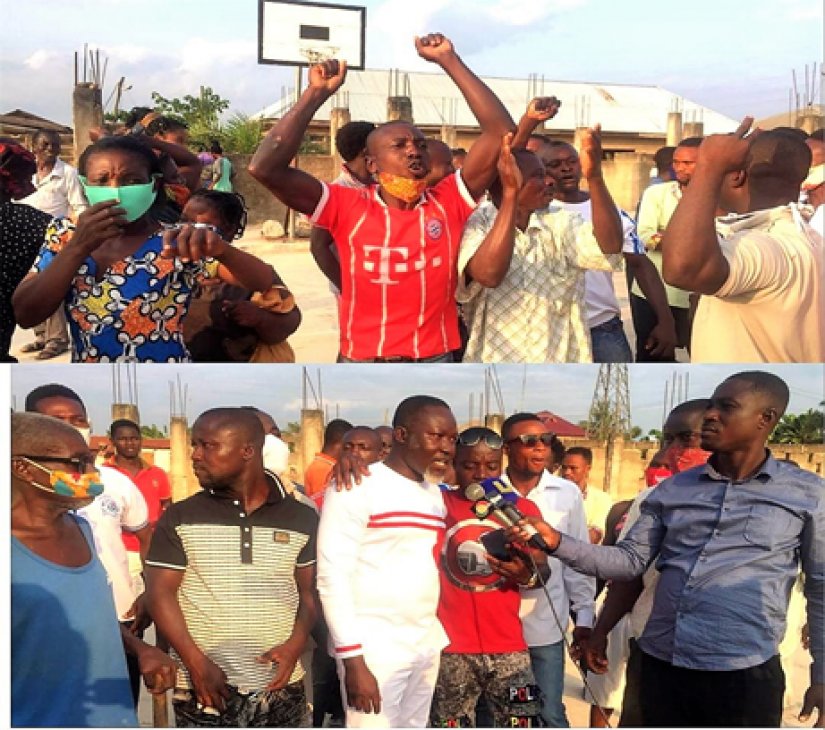 They are demanding justice for what they said was the wanton destruction of their food crops by the Messrs. Kofi Job Company Limited, who is constructing the Atonso-Agogo – Kuntanase road, without the consent of the farmers and recourse to the law.

“We want His Royal Majesty, the Asantehene, to intervene to stem further destruction of the food crops since they served as our only source of livelihood,” Mr. Yaw Owusu, Chairman of the Pramso Concerned Youth Association, told the media.

This was after the group had embarked on a peaceful demonstration at Pramso to register their displeasure at the development.

Messrs Kofi Job is said to have cleared a large track of farmlands to extract laterite for the road project, which passes through the town.

Mr. Owusu said despite several appeals to the Chief of Pramso, Nana Gyampatua II, to come to their aid, “nothing concrete was being done to address the plight of the affected farmers.”

He expressed worry that the continuous extraction of sand and sandstones at Pramso for construction purposes could also lead to land degradation, with the attendant negative consequences on the environment.

The affected farmers, he said, would use all legal and peaceful means to fight for their right.