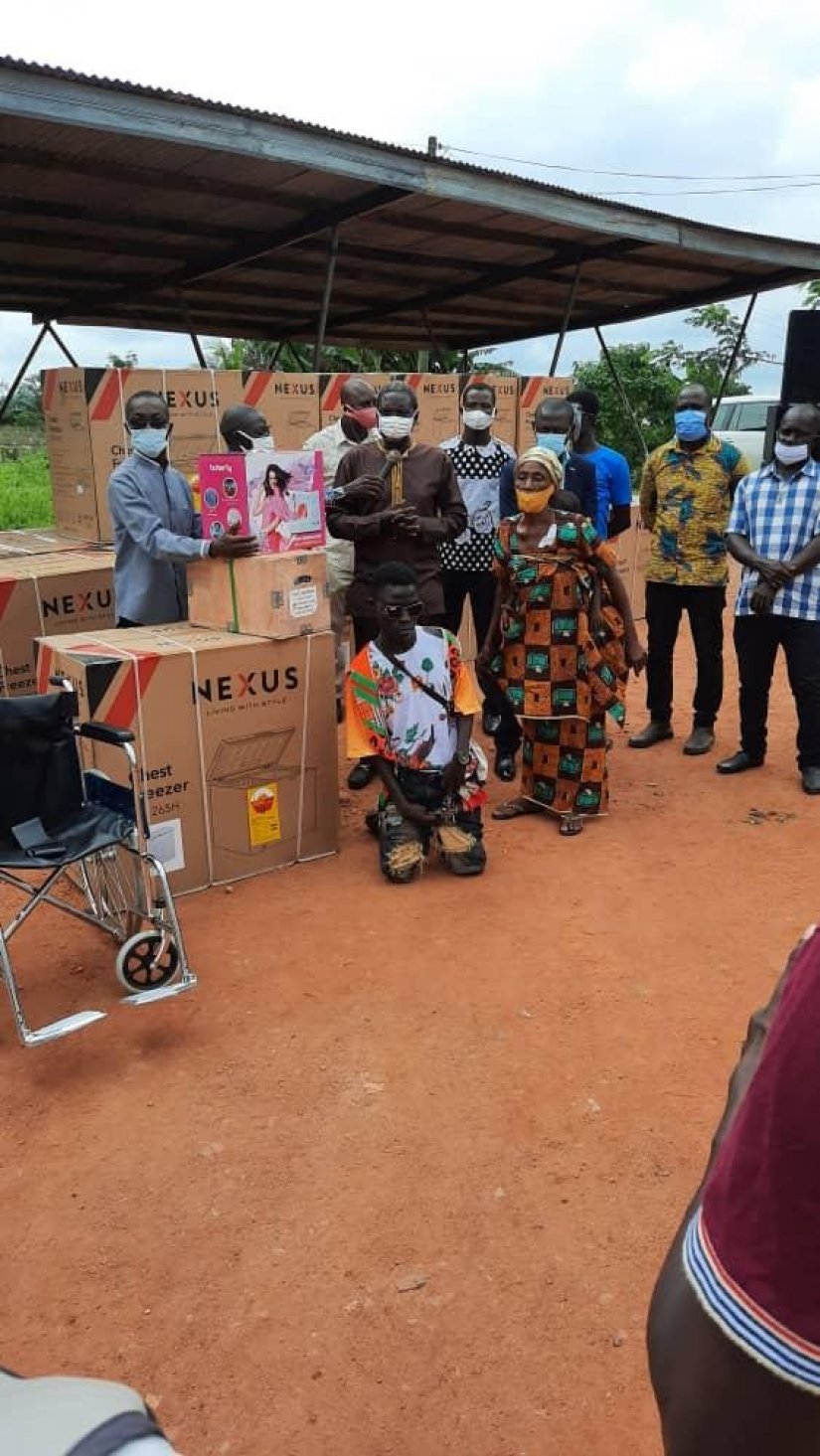 Procured from the Assembly’s share of the third quarter disbursement of 2019 Disability Fund, the items, running into thousands of Cedis included; sewing, popcorn, shoe-making, fufu-making, and knapsack spraying machines and gas oven, refrigerators, wheelchairs and a miller.

Beneficiaries were given cash ranging from GH¢ 1,000 to GH¢ 3,000 for medical treatments, bursaries and reinvestment in their business to economically empower themselves and families.

At the presentation ceremony, Mr Derick Owusu Ambrose, the District Chief Executive (DCE) said the support was in fulfillment of the government’s responsibility to support PWDs in the country, as stipulated under the constitution to reduce poverty and improve on their livelihoods to effectively reduce begging on the streets.

He said over the years, the Assembly had facilitated the disbursement of funds to PWDs in the various communities in the district and encouraged the young ones to enroll in school or take up various forms of apprenticeship, all in a bid to empower and make them self-reliant.

The district also linked some beneficiaries to other social interventions such as the Livelihood Empowerment Against Poverty (LEAP) programme.

The DCE said the items were provided based on requests made by PWDs, and warned the beneficiaries against selling off the items, but use them purposefully because follow-ups would be made to check on their prudent use.

He also called on the PWDs in the municipality not to hesitate to approach the Assembly anytime the need arose, adding that the Assembly would continue to support them.

Mr Ambrose appealed to able-bodied individuals not to stigmatise or discriminate against PWDs, but rather encourage and be humane to them.

He explained that due to the challenges PWDs faced in accessing funds to start businesses of their own, the government came up with the Disability Fund and other interventions to address their needs.

He said the challenges faced by PWDs were enormous and varied, as they were constrained by the lack of capital and business experience and discrimination.

“To compound these, there is also the overall negative attitude towards business start-ups owned by men, women and the youth particularly by financial institutions, which make it difficult for them to access credit for their businesses,” he noted.

Mr Ambrose said he had, therefore, directed the Head of the Social Welfare Department of the Assembly and the Disability Fund Oversight Committee to enhance awareness of the fund among all potential beneficiaries and up-scale training and support on their application processes.

The DCE commended the beneficiaries for their patience, understanding and diligence in applying for the fund, adding: “This surely manifests the resilience that is required by entrepreneurs as they seek to start and expand their businesses.”

The beneficiaries thanked the Assembly and promised to use the items for their intended purpose to improve their livelihoods.