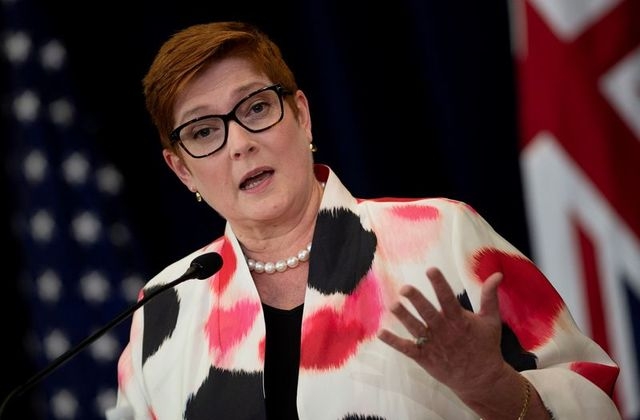 Australia opposes the release of an Afghan soldier, jailed for killing three of its military personnel in 2012, as part of a prisoner transfer deal to help usher in peace talks in the war-torn country, Foreign Minister Marise Payne said on Friday.

Six prisoners sought by the Taliban left Kabul on a flight to Doha on Thursday evening, two government sources told Reuters, with the Taliban confirming it would attend long-awaited peace talks.

Payne said one of the six was Hekmatullah, a former Afghan army sergeant who killed three Australian solders in 2012. She said Canberra did not support the prisoner transfer.

“Hekmatullah should serve a full custodial sentence for the crimes for which he was convicted by an Afghan court, and he should not be released as part of a prisoner amnesty,” Payne said in an emailed statement.

The United States and other international players have been urging the insurgent Taliban and the Afghan government to the negotiating table to bring an end to 19 years of war.

A key pillar for the end of hostilities is the demand by the insurgent group that up to 5,000 Taliban prisoners and 1,000 government prisoners would be released before talks.

Some Western governments including Australia and France have objected to the release of the prisoners.