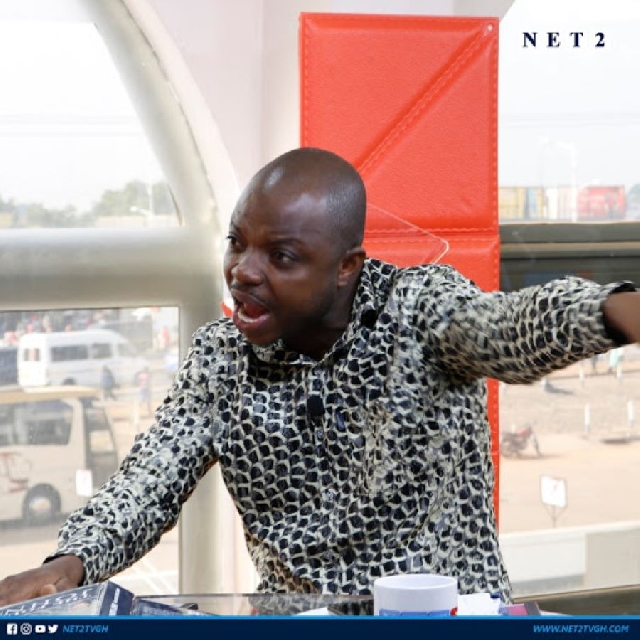 Former President John Mahama cut short his tour of the Bono Region on Tuesday, 22 September 2020 to avoid “disgrace” because he is unhappy with the turnout after his visit to Sunyani Odumasi on Sunday, 21 September 2020, the Bono Regional Chairman of the governing New Patriotic Party (NPP), Mr Kwame Baffoe (Abronye), has said.

Mr Mahama, the National Democratic Congress’ flagbearer for the 2020 election, announced he was cutting short his campaign tour due to several complaints with regard to anomalies in the ongoing voter exhibition exercise.

But Abronye, in a statement, said: “It must be noted empathically that the main reason for cutting short his tour in the region is that, yesterday [Monday, 21 September 2020] after visiting Sunyani Odumasi around 1 a.m., John Mahama was not encouraged about the turnout and for that matter, in a meeting held at Esubett with a session of his regional executives, he told them that to avoid any disgrace, he has to return to Accra and come back later after a better mobilisation has been done”.

“He was very furious with his regional executives after they failed to make proper preparations by busing people from Bono East, which is their stronghold, to the Bono Region”, Abronye said.

According to him, Mr Mahama, in 2016, insulted the people of the Bono Region, after the collapse of DKM and stated that: ‘Even his illiterate uncle will not engage in such a Ponzi scheme’, insinuating that all persons who traded with DKM are ‘senseless’”.

The NPP regional chairman noted that the people of the Bono Region have not forgotten about “those insults because they do not have short memories as John Mahama thinks and that is why they refused to step out to welcome him when he visited the region”.

“To add to that, throughout his visit, after seeing the good works done by President Akufo-Addo with regard to the road sector, infrastructure and other developmental projects and listening to the people’s feedback, he had no option than to return to Accra because no one paid attention to him,” Abronye said.

He added: “For the purposes of the record, I would want to state categorically that this is not the first time there has been abnormalities in exhibiting a voter register, that is why the process in itself is called an ‘exhibition’”.

“On this note, the reason [given] by John Mahama is unwarranted and unsubstantiated.”

Announcing the abrupt end to his tour on Tuesday, Mr Mahama said the Electoral Commission’s ongoing voter roll exhibition has been fraught with “so much disorder, anarchy and chaos”, adding that the election management body has exhibited “legendary incompetence” with the entire electoral process ahead of the 7 December 2020.

The flagbearer of the biggest opposition party, told party supporters in the Bono Region that since the EC started the voter register exhibition, “many have gone to check and in many places, there are anomalies, several anomalies that our party has detected”.

“We want electoral observers to come lone in advance; international election observers must be deployed long in advance to supervise the electoral process going into the election. We will make a major statement on this matter in due course, very soon”, he said, adding: “But in the meantime, I’ll suspend the campaign in the Bono Region, there are several constituencies that were expecting us today and tomorrow and the day after. I wish to apologise to them. As soon as this matter is addressed in Accra, I’ll quickly come back and finish the tour of the Bono Region”.