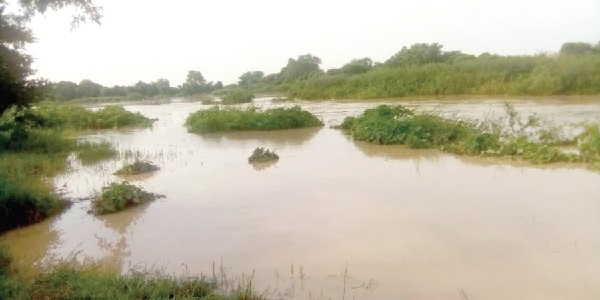 Two persons have been reported dead in the Upper East Region as a result of the spillage of the Bagre Dam in Burkina Faso.

A heavy downpour in the area has further worsened the plight of residents in the region.

Confirming the current situation, the North Eastern Regional Director of the National Disaster and Management Organisation (NADMO), Mr John Kwaku Alhassan, explained that the death of the two persons has been confirmed.

NADMO officials say they are still searching for four others who have gone missing.

Mr Alhassan stated: “We lost two lives and in some communities, some farmlands have been submerged in water.”

Lots of farms along the White Volta within the Bawku West District of the Upper East Region have also been submerged by excess water from the spillage of the dam.

The agency in charge of managing the Kompienga and Bagre Dams earlier warned that water volumes spilt from the dam this year would be heavier.

This was contained in an information sent to NADMO.

The Bagre Dam, which is a multipurpose dam on the white Volta is located near Bagre in Burkina Faso.

The Burkinabe authorities spill excess water from the Dam each year and this affects communities downstream the White Volta.