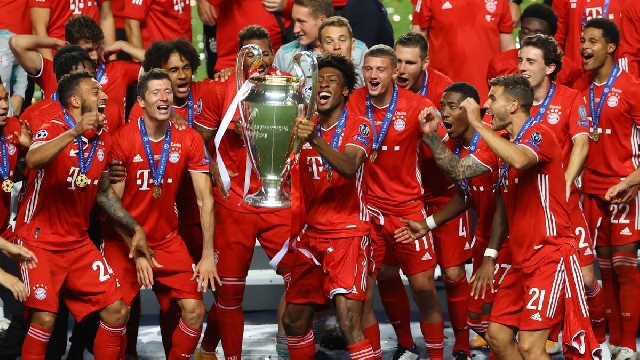 Bayern Munich had swept aside everything before it during 2020 — until Sunday.

The recently-crowned Champions League winner hadn’t lost a game all year, a 32-match run stretching back to December 2019, but Bayern was stunned 4-1 away to Hoffenheim in the second round of Bunesliga fixtures.

The defeat also to put an end to the club’s 23-game winning run, which included Thursday’s UEFA Super Cup win over Sevilla.

Sunday’s result was even more of a shock following Bayern’s rampant 8-0 win over Schalke in the opening round of fixtures, which laid down an early marker as the Bavarian club looks to win its ninth consecutive league title.

Perhaps Hoffenheim was helped by some inside intelligence, with new head coach Sebastian Hoeness leaving his position as Bayern’s youth coach at the end of last season.

Bayern manager Hansi Flick refused to use Thursday’s Super Cup final, which went to extra-time, as an excuse for his team’s defeat.

“There were many reasons for the defeat, but in terms of their willingness and desire, I can’t blame the team at all,” he told Sky Sports.

“The mentality after the 120 minutes on Thursday was great.”

We gave our opponents too many chances and we weren’t as effective on the offensive side as we normally are. Big compliments to Hoffenheim, the team showed a very strong performance and also a compliment to Sebastian Hoeness himself, as his team was very well adjusted.

“I don’t blame fatigue for defeat. We just haven’t been able to play our way, with the dynamism with which we normally can.”