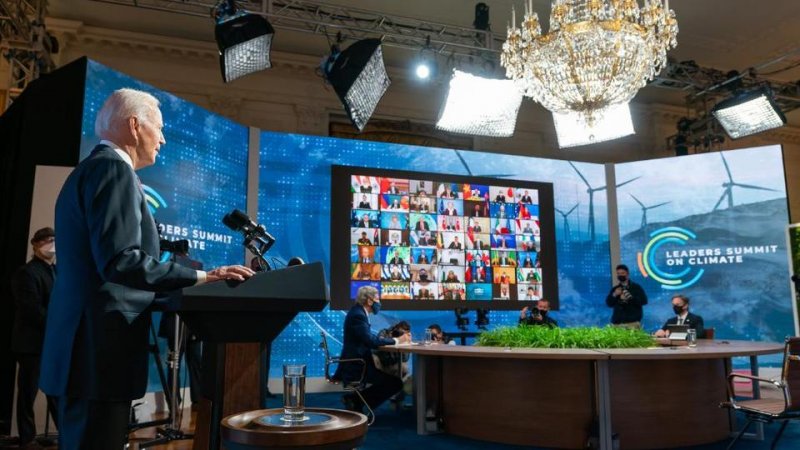 US President Joe Biden on Friday described a future with “a cleaner, stronger, and more resilient economy” if the world successfully tackles climate change.

Speaking on the second day of a major climate summit he hosted online, with dozens of heads of state and government in attendance, Biden said that combatting the climate crisis offers the opportunity to create millions of well-paid jobs around the world – for example by expanding electric mobility or renewable energies.

“It’s an economic imperative. I think it’s a moral imperative to future generations,” he said.

Job creation is also at the heart of the major infrastructure programme he has proposed for the US, he said.

Biden said again that the United States wanted to take a leading role in the fight against climate change, in a marked change to the policies of his predecessor Donald Trump.

He had instructed his energy secretary to “speed the development of critical technologies to tackle the climate crisis,” Biden said.

Biden said in closing remarks that the summit had provided “encouraging news” from many countries.

He explicitly referred to the speech of Russian President Vladimir Putin: Despite numerous political conflicts between Russia and the West, Putin had described climate as a unifying element in his summit speech on Thursday and urged the world community to unite its efforts in the fight against global warming.

Biden said the US looked forward to working with Moscow on this issue.