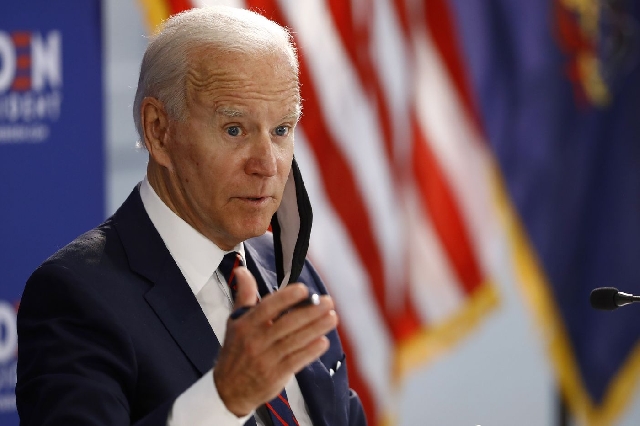 The latest Republican-led effort to oppose the re-election of President Donald Trump also includes current and former Republicans in the key battleground state of Michigan that will help decide the outcome of the Nov. 3 election, the group’s members said.

Called ‘Republicans and Independents for Biden’, the group is headed by Christine Todd Whitman, a former Republican governor of New Jersey who has become one of Trump’s fiercest critics and who spoke at the recent Democratic National Convention in support of Biden.

“Biden is a decent man, he’s a steady man,” Whitman told Reuters. “Trump is trying to paint the world of Joe Biden as horrific – but that’s Trump’s America now.”

She accused Trump of betraying conservative values by undermining the rule of law and national security, lying, dividing Americans along racial lines, and failing the country in his response to the coronavirus pandemic.

Weld, a former governor of Massachusetts, briefly and unsuccessfully challenged Trump in the 2020 Republican nominating contest. Another leading member of the group is Rick Snyder, a two-term governor of Michigan who left office in 2019.

Snyder decried what he called Trump’s divisive and bullying tactics, adding: “Having worked with Joe Biden and Donald Trump when I was Governor, I believe Biden is the clear choice to put our country back on a positive path.”

Whitman, who headed the Environmental Protection Agency under Republican President George W. Bush, said the group will target voters in a handful of battleground states, particularly suburban women and voters who do not like Trump but still hesitate to back Biden.

The group launches a website on Thursday and plans to campaign, buy advertisements and place opinion pieces in state and national media in support of Biden.

“Donald Trump’s daily assaults on our nation’s founding principles pose an existential threat to the future of the Republic,” the group will declare.