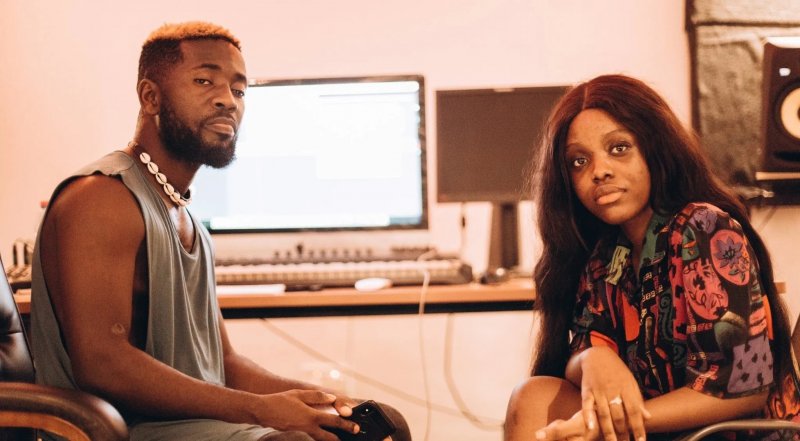 The song which was released on Friday and produced by Apya narrates a love story.

Bisa Kdei sang to his lover that if he was financially stable, she would realize that he loves her and would not lack anything. He promised her he would fly her around the world when he becomes rich.

Gyakie on the other hand sang that in spite of all challenges, she will be with her lover till the end of time.

The vocal prowess of the duo told an authentic love story and portrays the need to be patient in love affairs.

This is the second time they have teamed up on a song with the first being ‘Sor Mi Mu‘ which was released earlier this year.

Sika, which denotes ‘money’ in the Akan language fuses with the beautiful voices of the two which makes it soothing to listen. The song is already making waves on online audio and video platforms.

Prior to the release of Sika, Bisa Kdei released ‘Netwerk’ featuring Medikal a month ago which had over 70,000 plus views on YouTube.