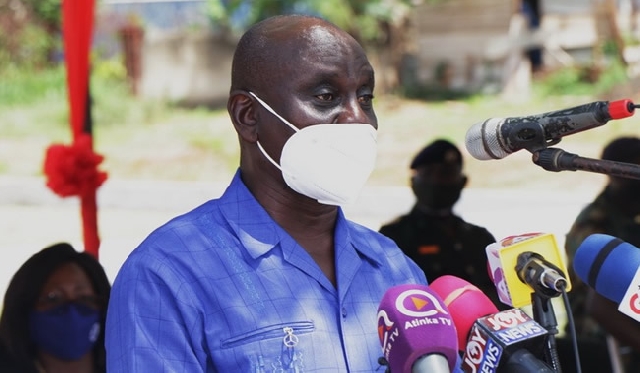 The Ghanaian media is inciting the citizenry against parliament as far as the decision by the Minister for the Interior to assign police guards to the lawmakers is concerned, Deputy Defence Minister Derek Oduro has said.

The retired army officer told Abdul Karim Ibrahim on Class91.3FM’s Executive Breakfast Show on Wednesday, 14 October 2020 that: “What has been spelt out in the law must be followed rigidly” despite the seeming hue and cry in the media about the decision to provide bodyguards for MPs following the murder of Mfantseman MP Ekow Hayford on Friday, 9 October 2020 by armed robbers while returning from a campaign trip.

The Minister for the Interior, Mr Ambrose Dery, on Tuesday, told the media that 200 additional police officers will be deployed to protect MPs who are neither part of the leadership of the house nor the Executive arm of government.

However, security analysts like Mr David Agbee, have argued against the decision, describing it as discriminatory.

In his view, ordinary citizens are just as threatened by insecurity as MPs, thus, the leadership of the country must rather strive to improve the security situation for all Ghanaians.

He cited the recent murder of Prof Yaw Benneh, a University of Ghana law lecturer at his residence, to buttress his point when he spoke to Valentina Ofori-Afriyie on 505 on Tuesday.

However, Mr Derek Oduro said: “We shouldn’t say that because of people being killed all over the place [so we shouldn’t provide security for MPs]”, adding: “Other countries have serious criminal issues than what we have in Ghana”.

“The problem we have is how some of you, the media, have been inciting the general public against this proposal”, he noted.

As far as he is concerned, “the law says we [MPs] should be given” security guards.

“Who told you that because of the UN’s [citizens to police] ratio of 1: 500, those who need personal security should not be given?”

To him, Ghana has enough police officers to spare a few for such guard duties.

“Since this government came to power, almost every six months police pass out. Last week, almost 2,000 police passed out from the training centre.

“Now, the minister is saying that he has enough policemen to even protect the public in general”, he pointed out.

Driving home his point further, the Deputy Minister said: “I am saying that, practically, members of parliament must be given [police protection]. How many of us are there? 275.

“More than half of us even have security [already] because we are with the Executive, so, the few of them who are moving in the streets unprotected, these are the people who need it.

Concerning security for the general public, Mr Oduro said: “According to the Minister [for the Interior], armed robbery has gone down by 53 per cent.

“If you compare last year to this year, 2020, the general crime wave in the country has gone down by 10 per cent because of police visibility, because of the enhanced Operation Calm Life”, he argued.

“Now, traders are being aided to move to their market centres and back, police [personnel] have been provided to escort cars on the highways where armed robberies take place.

“So, we have beefed up security. At all our borders, now we have soldiers over there and other security institutions are there making sure that terrorists will not have their way as in Mali, Togo, Burkina Faso, and other places”, he added.