Bodyguards for MPs: ‘Politicians’re wicked; they don’t care about the people’ – A Plus 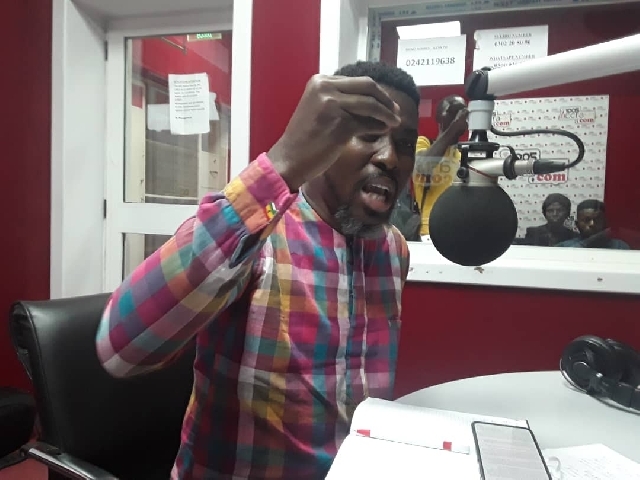 Satirist Kwame Asare Obeng (A Plus) has described politicians as “wicked people” who “don’t care” about the ordinary Ghanaian.

Speaking to Abdul Karim Ibrahim on Class91.3FM’s Executive Breakfast Show on Wednesday, 14 October 2020 about the clamour for MPs to have bodyguards and the subsequent decision by the Minister for the Interior to grant that request, A Plus said it was high time politicians sought the welfare of the entire citizenry and stopped being selfish, or risked bearing the brunt of the people’s anger one day.

The rally for bodyguards for MPs resurfaced following the murder of Mfantseman MP Ekow Hayford on Friday, 9 October 2020 by armed robbers while returning from a campaign trip.

On Tuesday, 13 October, Mr Ambrose Dery told journalists that the Ministry for the Interior has directed the Inspector-General of Police to release 200 more police officers to provide guard duties for the MPs who are neither part of the leadership of the house nor members of the Executive arm of government.

However, A Plus argued that if the politicians ensured the safety of everybody in Ghana, they would not need to clamour for bodyguards.

In contrast, he wondered: “Who is praying for any Ghanaian politician?”

In his view, the utterances and posturing of politicians are rousing the anger of the ordinary citizens, and warned that things could get to a head if they do not amend their ways.

“You were in this country when parliamentarians took double salary. Were they charged?

“They were not but the Deputy Speaker of Parliament proposed that when people engage in galamsey, they should be shot on sight.

“You think the people are not watching? The people are angry. And good people, good politicians, must start speaking against things like this: that; ‘listen, let’s make this country better for everybody”, he admonished.

“… When the people rise up, it won’t be NDC against NPP, it will be the people against the politicians and the ear that does not listen will follow the head when it is chopped off.

“So, the good politicians in this country who care about the people must not be like the ear that will be chopped off with the head”, he advised.