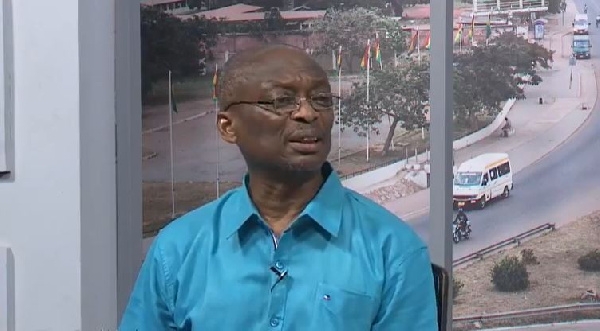 Similarly, he expressed misgivings about the central bank’s collapse of Heritage Bank Ghana Limited, which belonged to Mr Seidu Agongo.

“I felt for the three banks: Nduom’s bank [GN Bank], Heritage Bank that belongs to that young man, Seidu Agongo (because of his extension into radio we met a couple of times in 2014 and 2015) and Dr Duffuor’s bank [uniBank]”, he said on Accra-based Peace FM’s Kokrokoo morning show.

In reference to Mr Agongo, Kweku Baako said: “He is a young man and I appreciated him and I want to see a young man like him who does great things”, adding: “It was painful his bank went down”.

“The same with uniBank”, he said.

“I will tell [you] honestly; Dr Duffuor is a personal friend but the action taken against the banks was not right”, he added.

The three banks were among some nine locally-owned banks that were collapsed by the central bank for being insolvent.

The Danquah Institute, a pro-government think tank, was recently accused of being the brain behind the collapsed of some of the banks.

However, the Executive Director of DI, Mr Richard Ahiagbah, told journalists at a press conference on Monday, 20 July 2020 that the allegation, which it said was thrown out on social media by elements of the opposition National Democratic Congress (NDC), are mere fabrications.

He said the nature of the audiovisual publication “is consistent with the opposition NDC’s propaganda narrative”.

The video claimed DI mooted the idea to President Nana Akufo-Addo, Finance Minister Ken Ofori-Atta and Bank of Ghana Governor Dr Ernest Addison, to clip the business wings of former Finance Minister Dr Duffuor and former presidential aspirant Dr Nduom, since they were more likely to side with the biggest opposition party than the government.

The plan, according to the video, was, thus, to destroy the banks owned by the two businessmen.

However, Mr Ahiagbah said: “The video makes wild and objectionable claims that appear to implicate the institute in a ploy to wilfully collapse some banks”, adding: “We wish to state unequivocally that the claims contained in the video are false, a complete fabrication and distortion of the fact”.

“Though we do not know the source or the people behind the video, its content is consistent with the opposition NDC’s propaganda narrative and, so, we respond to it as such,” he said.

Just recently, the Presiding Bishop of Perez Chapel International, Bishop Charles Agyinasare, asked whether the two locally-owned banks, in addition to UT Bank, could not have been salvaged by the central bank during its financial sector cleanup exercise.

In his virtual sermon on Sunday, 19 July 2020, which was themed: ‘Getting rid of envy’, Bishop Agyinasare said the same “demons” that possessed politicians in the days of old to collapse local businesses were still lingering and wreaking havoc.

He said they are “still at work today and we must exorcise this nation from that demon otherwise we are far from going forward”.

“I have been asking myself: So, for Dr Kwabena Duffuor, under whose time as Minister of Finance, we had the best economic growth rate of 14 per cent, there was nothing we could do with his bank?”

“What about Dr Papa Kwesi Nduom, who introduced or expanded susu banking and had branches than any commercial bank with more customers?” the Perez Chapel International founder asked.

“Then, my own Amoabeng, who helped me grow my money to my first $100,000, which I withdrew and gave out for the building of the Dome, as part of my contribution. Could nothing have been done to salvage some of these great institutions?”

Quoting Reverend Eastwood Anaba, who once said: ‘The spirit of envy turns a human being into a beast. It makes one restless and sets him or her on a mission to destroy good things and good people’, Bishop Agyinasare wondered: “Can we say all the industries and firms we have closed down in this regime was because all the people and companies were wrong and we could not have done anything to have preserved these great companies? The evil spirit of envy is at work”.

Along with six other local banks, uniBank, GN Bank, and UT Bank were collapsed by the central bank on grounds of insolvency and mismanagement.

Also, 347 financial institutions and 39 microfinance firms and houses closed down.

Bishop Agyinasare said the fate of the banks had its roots in the past.

“Over the years, from when I was a young man, we have always closed down the industries and business of our own people”, he bemoaned.

“As a young preacher who had come to Accra, can you imagine how I felt when the late BA Mensah, builder and founder of International Tobacco Ghana Limited, came to my house for us to pray about his property that had been taken so many years earlier?” Bishop Agyinasare recalled.

Similarly, he said JK Siaw, who established the first indigenous brewery in West Africa, Tata Brewery, had it taken away from him. “I know some of his children. When they come to Ghana, some of them attend church at the Perez Dome”.

Also, he noted, “Appiah Menka, makers of Apino Soap and others lost their empires because we could not stand their success”.

Additionally, Bishop Agyinasare recalled that Mr Eddie Annan lost Masai Co. Ltd and a raft of businesses and contracts “because he was perceived to be the financier of an opposition party”.

“The truth of the matter”, he said, “is that, in Ghana, we are more tolerant of foreign companies than Ghanaian-owned companies”.

“We give foreign companies tax breaks for years because they are investors coming to help build the nation. Some of these foreigners come here with nothing but our banks would give them big time loans than they would give Ghanaian-based companies. Our local companies cannot compete with foreign companies. Our local importers cannot compete with foreign importers”, he noted.

According to him, “many of our companies would rather produce their goods outside and come and sell them here because it is cheaper than producing it here”.

“Producing things in Nigeria, India or China including shipping and duty is far cheaper than producing it here”, he said, adding: “We tax our local industries who keep their monies here to suffocation. Meanwhile, foreign companies don’t keep their monies here, they always repatriate their profits”.

Also, Bishop Agyinasare said: “We keep lamenting why our cedi is always chasing the dollar”, explaining: “It is because of this capital flight”.

“We also cannot stand the success of our own people. We make it difficult in this country for people to enjoy their blessings from God”.

He noted that Ghana keeps repeating the vicious cycle of the past, noting: “Because of our spirit of envy, people rather keep their wealth overseas and die and leave it there”.

“We think that to succeed we need to pull down the one ahead of us down. In Ghana, we don’t have a problem if a foreigner comes to buy a property in Villagio or Trassacco or the Cantonments but when a Ghanaian does, we have a problem”.

“No wonder we hardly have people owning jets in this country; we would talk and bring them down and the government would find a way to criminalise them and close them down”.

“It is like crabs in a tray – they keep pulling one another down and none is able to climb out of the tray”, the man of God noted.

He, however, warned that: ‘If you cannot allow that which belongs to another to flourish, you cannot have your own’.

“God made the sky so wide that my success does not prevent you from being successful and vice-versa. Hardly do you see two eagles collide in the sky, nor two aeroplanes crash in the air. Planes mostly crash on the ground where there is traffic. If you see planes in traffic, then they are either going to take off or about to land. That means if successful people in Ghana are not envious to destroy other successful people, there would have been enough for all. May the spirit of envy over this nation be broken in Jesus’ name”, he prayed.