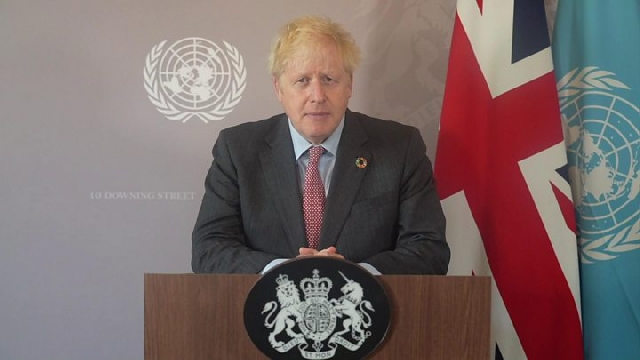 Boris Johnson has apologised saying he “misspoke” when asked to clarify details of new tighter coronavirus restrictions in north-east England.

The rules, banning households from mixing in indoor settings, affect nearly two million people and are due to come into force at midnight.

However, confusion arose over whether this included outdoor settings such as pub beer gardens.

Labour said the PM was “grossly incompetent” for not knowing the rules.

Mr Johnson was asked to clarify the rules after a junior minister was unable to do so.

When asked if people in the North East can still meet people from other households outside, such as in a pub garden, Mr Johnson said people should follow local guidance and urged them to use their common sense.

He went on to wrongly to talk about the rule of six.

“On the rule of six outside the areas where it, such as the North East where extra measures have been brought in, it’s six inside six outside,” Mr Johnson said.

“In the North East and other areas where extra tight measures have been bought in you should follow the guidance of local authorities but it’s, it’s six in a home, six in hospitality but as I understand it not six outside.”

On Twitter, Mr Johnson went on to apologise and clarified that the new rules meant those in the North East “cannot meet people from different households in social settings indoors, including in pubs, restaurants and your home”.

“You should also avoid socialising with other households outside,” he added.

When pressed, she said: “I’m sorry I can’t answer that question.

“I’m sure there are many people who could. I don’t represent the North East.”

People who break a new law banning households from mixing indoors in north-east England, including in pubs, will be fined.

Mixing with other households in pub gardens or outdoor restaurant spaces will not be illegal, but goes against advice, the Department for Health and Social Care has said.

Labour deputy leader Angela Rayner said the government “needs to get a grip”, saying: “These new restrictions are due to come into force across huge parts of the country tonight.”Fines

But the new rules will come into force from Wednesday.

A second offence will incur a £400 fine, which then doubles for each subsequent offence – up to a maximum of £6,400.

But Newcastle Council leader Nick Forbes said a lack of detail about the measures had led to “confusion”.

Mr Forbes said having a “gap between what’s announced in headlines and the details that people can understand” undermined the “principle of community consent”.

In areas not covered by extra restrictions in England, the rule of six – meaning social gatherings are limited to six people – applies in private homes, indoors and outdoors, and places such as pubs, restaurants, cafes and public outdoor spaces.